DNA is a treasure trove of information, bundled up in our cells. A sample of your DNA can tell quite a bit about you, from your disease risk of certain diseases to eye color to ancestry.

Genetic evidence can also be used to examine how human history unfolded. In this occasional series, we’ve seen how analysis of DNA confirmed our African origins and our interbreeding with Neanderthals, which ended up allowing Tibetans to breathe a little easier. We’ve talked about the genetic trace left by Mongol invasions and ancient Polynesian dalliances with South Americans. But these revelations are just the tip of the iceberg. As the detailed genetic composition of people across the world are catalogued and compared, this rich vein of information can be mined for all manner of historical insights.

However, while careful analysis of DNA can tell us important facts about who bred with whom, the geographic origins of people, and historical population sizes, interpretation of this data can be devilishly difficult. Ideology, especially, can exert a strong force in how we view the past. For example, the question of whether humans have become more or less violent through history has all sorts of implications for how one thinks about the organization of society, and even human nature. In explaining genetic data, we must be cautious to separate what we see from what we project.

One interesting finding to tumble out of DNA analysis is that more women than men have reproduced throughout history. Now, a recent study published in the journal Genome Research found that this imbalance was particularly pronounced around 10,000 years ago. Intriguingly, this timeline roughly coincides with the Neolithic revolution, a time when agricultural communities sprung up in many places around the world. 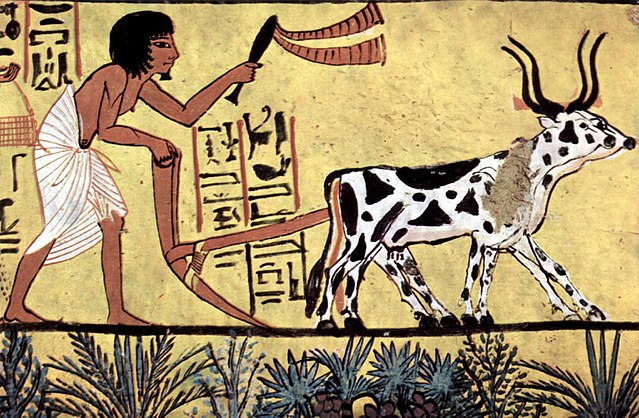 The study, conducted by a large, international consortium led by Dr. Monika Karmin at the Estonian Biocentre at the University of Tartu, Estonia, arrived at this conclusion by comparing differences in Y-chromosome and mitochondrial DNA sequences from 320 unrelated males. Y-chromosomes are passed only through the paternal line, whereas mitochondrial DNA is inherited maternally, allowing scientists to trace differences in male and female inheritance.

Related DNA variants all ultimately descend from a Most-Recent Common Ancestor, and population geneticists have developed sophisticated methods to track the “coalescent events” when all the different variants coalesce to this single progenitor. Tracing when and where these “Y-chromosome Adams” and “Mitochondrial 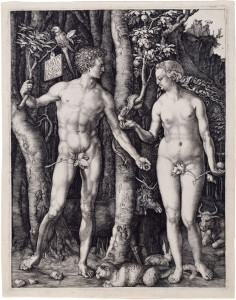 Eves” lived has become something of a genetic parlor game, made famous by the book “The Seven Daughters of Eve.” Using coalescent and other analyses on her sample, Dr. Karmin and her team traced different Y-chromosome and mitochondrial lineages back in time. This allowed them to roughly estimate the size of the historical male and female populations that contributed to the modern gene pool. They found that during a relatively brief episode about 10,000 years ago, as many as 17 women reproduced for every one man who passed on his genes.

From Data to Speculation

As the study’s authors tentatively note, the restriction of male reproductive success to a small group of men at the outset of agricultural society could reflect social forces at the time. Possible biological explanations – intense natural selection acting on the Y chromosome, a virus striking down only men – certainly seem less plausible than a sociohistorical interpretation. Perhaps a harsh social hierarchy reigned, in which wealthy men hoarded harems of women while the majority of men didn’t have the land to support a wife or family. Perhaps it was a much bloodier time, and the vast majority of men died in battle or raids before they could father children, or conquerors impregnated subjugated women like Genghis Khan. Perhaps it was a combination of all of these explanations.

This study tells a tantalizing story that touches on sex, social hierarchy, and dystopian (or utopian) visions of human history and even human nature, all presented without concrete explanation. That blank space is ripe for more projections than a screen at a drive-in movie theater. You could fill a book (or internet forum) with versions of “just so” stories that aim to explain this genetic finding. Each may be plausible and gratifying to some worldview, but none are framed in a way that they could tested or disproved by physical evidence.

Lack of testability is a frequent, sometimes unfair critique of the reconstruction of historical events broadly, and particularly of Evolutionary Psychology (né Sociobiology), the field that looks at the impact of biological evolution on human psychology. These arguments raged in the 60’s and 70’s, and people still argue today about the nature of science, falsifiability, and whether history can ever be known with the same certainty as an experimentally testable fact. The genetic findings presented in this study are both a retrospective reconstruction of history and of the conditions of modern human evolution. While it is better to have this information than not, we should be cautious not to buy into any clean explanation of the data.

The invention of agricultural society is one of the defining chapters in the story of our ancestors, and surely caused great social upheaval. Unfortunately, the kind of archaeological evidence that could give us a fuller picture of what was going on is very rare and hard to interpret. We may never gather enough data to show why so few men had children at the dawn of agriculture, despite the many hypotheses that will undoubtedly be put forward. However, if it weren’t for DNA evidence, we wouldn’t have even known that that was a question to be answered.