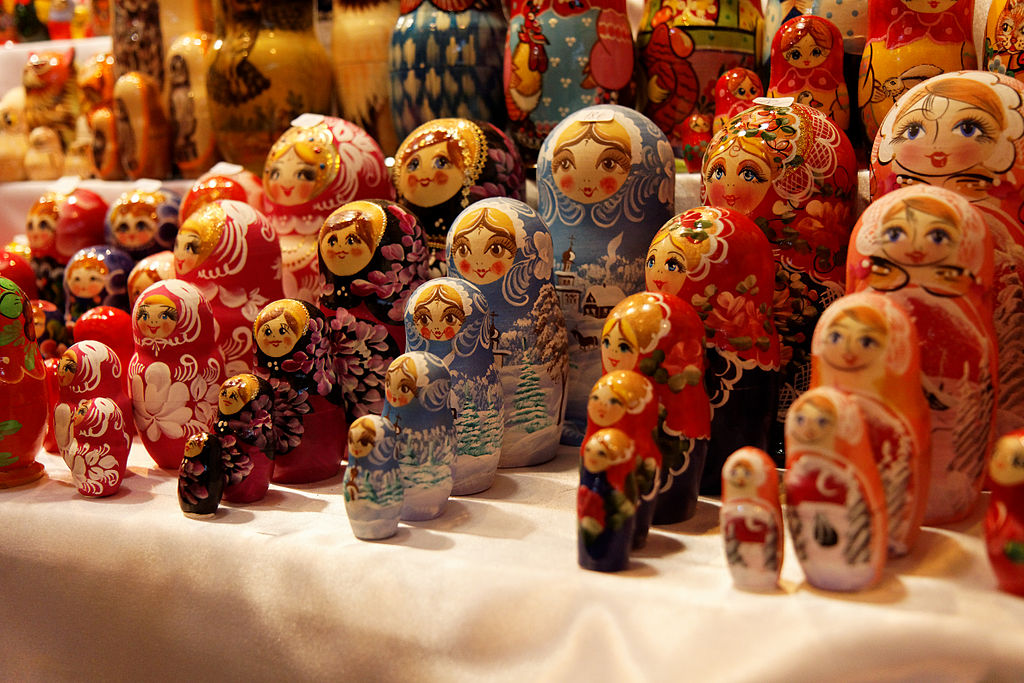 The scientific method is a powerful tool for exploring the physical realities underpinning our existence. But there’s no guarantee that we’ll like what we find once we start the exploration. The physical relationships uncovered by scientific inquiry can be joyful or disturbing, useful or esoteric, controversial or deeply satisfying. Occasionally, science can reveal truths that are just, well, a bit trippy.

Endosymbioses are long term symbiotic partnerships in which one species lives inside the cells of another, and they fall decisively into this last category. These arrangements are widespread, and drive some of the most important processes on Earth. Endosymbiosis gave plants the structures (chloroplasts) that allow them to photosynthesize to produce oxygen and carbohydrates. It also gave us the structures (mitochondria) we need to breathe that oxygen and use it to burn those carbs. Endosymbioses are not just a bizarre footnote in the book of life, but rather one of the main stories.

In a real sense, all the living things you can see are composite organisms, made up of at least two distinct lineages. Including you.

The mitochondria you harbor in your cells were once free-living bacteria that took up residence inside the cells of your distant, unicellular ancestors well over a billion years ago. Today, they are a critical part of your cellular machinery, and act as the power plants of your cells. You would not be able to survive without mitochondria, and mitochondrial diseases are very serious.

In a post about reconstructing human ancestry, I talked about mitochondrial DNA (mtDNA) as a tool for geneaology; it is useful for tracing ancestry because it is passed down only through the maternal line. mtDNA is in the mitochondria in your mother’s egg cells, and passes down independently from the rest of your DNA. That is because mtDNA is the remnant of the genome of the ancient free-living bacteria from which mitochondria descend.

Perhaps because of the deep weirdness inherent in thinking about oneself as a Russian nesting doll of completely different lineages, it took a long time for the biological community to come around to accepting endosymbiosis. Lynn Margulis was the first modern scientist to claim an endosymbiotic origin of mitochondria, though a few eccentric scientists such as Andreas Schimper and Konstantin Mereschkowsky had claimed it, without sufficient evidence, more than six decades before. Margulis was openly mocked for years for this claim, and her 1967 paper on the subject was roundly rejected by most peer-reviewed journals. However, the evidence eventually overwhelmed critics. Mitochondria reproduce like bacteria, and have bacteria-like membranes around them. The clinching piece of evidence came when mtDNA was sequenced in 1985, and found to be most similar to bacterial DNA.

The mitochondrial endosymbiosis occurred in the common ancestor of all Eukaryotes, or organisms with a nucleus in their cells. All the multicellular organisms you can see – Fungi, Plants, Animals – have mitochondria descended from that first engulfed bacteria. But mitochondria are just one example of endosymbiosis, albeit a particularly widespread, ancient and important one.

Chloroplasts are the structures in plant cells that allow them to photosynthesize, and they too descend from an ancient endosymbiosis, of a kind of bacteria called cyanobacteria. Cyanobacteria are the only lineage in the world to have evolved the full system of photosynthesis that provides most of the world’s food and oxygen. You might see these critters called “blue-green algae” or by the genus “Spirulina” on the ingredients list of your health drink, presumably because drinking “cyanobacteria” tested poorly in market surveys. All true plants and algae got their photosynthetic ability by engulfing cyanobacteria, which in their reduced, endosymbiotic form are now called chloroplasts. Producing your own food through photosynthesis is a pretty powerful trick, so many other lineages have acquired it from true plants through endosymbiosis.  Other multicellular, photosynthetic lineages like Kelp, which are not true plants, gained the ability to photosynthesize by engulfing algae in a “secondary endosymbiosis.”

This process of snatching up chloroplasts is still going on in nature. Dinoflagellates are the unicellular algae that cause red tides and can also light up the ocean in bioluminescent bays. These organisms have undergone “tertiary endosymbiosis,” meaning that the photosynthesis in these organisms happens in an endosymbiosed bacteria, in an endosymbiosed alga, in another endosymbiosed alga, inside the dinoflagellate cell. And the nestedness doesn’t stop there: dinoflagellates have been endosymbiosed by multiple inverterbrate animals such as corals, meaning that there are four levels of endosymbiosis for corals to capture the chloroplasts that power reefs. Some animals have taken a more straightforward approach: some sea slugs harvest chloroplasts from algae they eat, and keep them alive in their cells for several months, becoming temporarily photosynthetic animals. 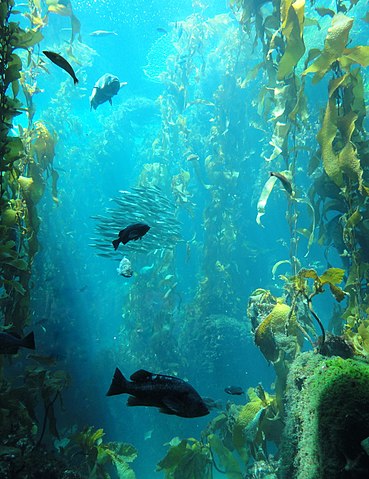 Powered by a Russian nesting doll of symbiosis

The basic deal in endosymbiosis is usually that the “host” cell provides food and shelter in exchange for the fancy metabolic tricks that bacteria can provide. Mitochondria and chloroplasts are the two most widespread, ancient and ecologically important endosymbioses, but the process of cells engulfing cells for mutual benefit is still ongoing. Some of the more recent endosymbioses (on the scale of tens of millions of years rather than billions of years) have also profoundly shaped our world. Thanks to bacteria living in the cells lining their guts, aphids can live off of plant sap alone. Thanks to bacteria living in the cells of their roots, legumes like beans and lentils can turn air into protein, allowing millions of people to get adequate protein in their diets without meat.

Endosymbioses are relatively rare events, but they can have drastic and important evolutionary consequences. These relationships allow two very different species, with very different abilities, to team up and gain abilities that would otherwise be unavailable to them. The larger organisms that house bacterial endosymbionts don’t have the machinery to metabolize in the way the bacteria can, and the bacteria do not have the heft and ecological strategies to deliver the volume of food available to the larger partner. These extraordinary partnerships have made a deep impact on the world we live in. Without them, the world would likely be a barren place, confined to microbial life clinging to rocks.

Yoon, Hwan Su, Jeremiah D. Hackett, and Debashish Bhattacharya. “A single origin of the peridinin-and fucoxanthin-containing plastids in dinoflagellates through tertiary endosymbiosis.” Proceedings of the National Academy of Sciences 99.18 (2002): 11724-11729. DOI

*Margulis’ landmark paper is written under the name Lynn Sagan because she was married to Carl Sagan at the time and had taken his name. Her book Acquiring Genomes is co-written with their son, Dorion Sagan.