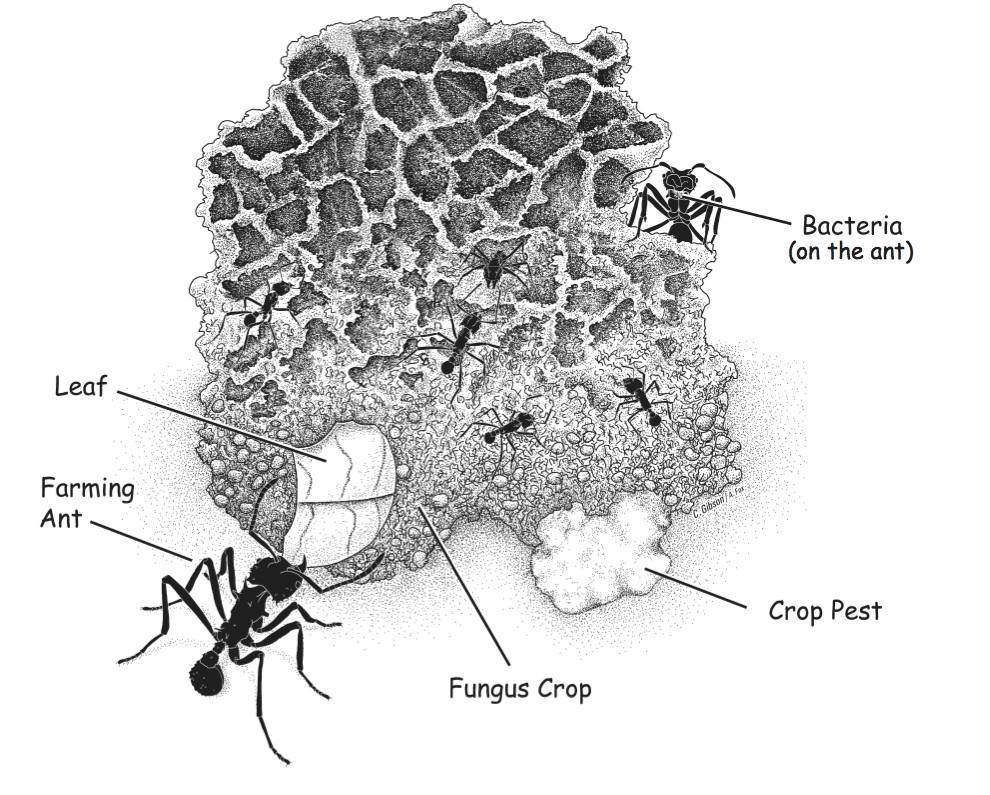 The scientific process can be very messy indeed, and what originally seem like rock-solid conclusions can later turn out to be specious. Scientists very rarely straight-up lie about their findings for fame and glory; institutional and cultural oversight within science keep the rascals in check. More often, the effect that was originally (honestly) measured later turns out to be a fluke.  Sometimes, an initially promising set of findings that seemed to point in a clear direction actually do not.

In my last post, I discussed  an incredible set of experiments that seemed to show leafcutter ants using a living, evolving bacteria as pesticide in their farming practices. Over the 15 years since those discoveries were made, failure to replicate some of the original experiments and a series of contradictory results have casted doubt on those findings. Unfortunately, by the time the doubt had set in, those spectacular conclusions had already been publicized and even taught in high school science classrooms.

Brief recap: Diseases tend to spread like wildfire through crops with low genetic diversity, since the crop immune systems are genetically encoded. However, leafcutter ants farm monocultures of clonal (genetically identical) fungi for generations without their crop succumbing to pests. Leafcutter ant pest-control was a mystery to biologists until the late nineties, when Dr. Cameron Currie devised a set of experiments that showed that leafcutters employ a bacteria growing on their exoskeletons as a constantly evolving pesticide. 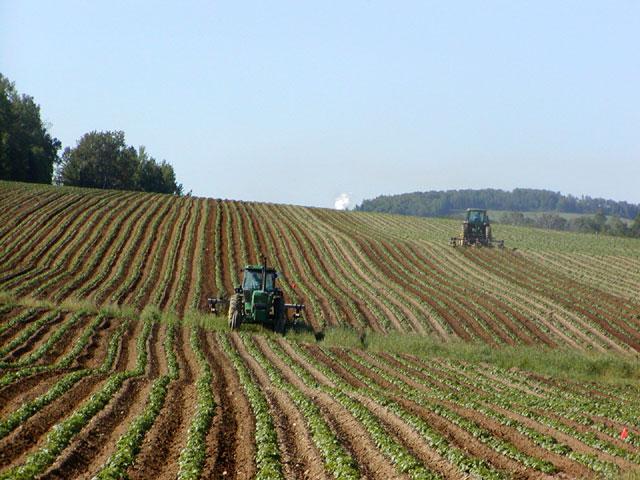 Dr. Currie found that these bacteria produce compounds that kill the pest fungus Escovopsis, but not the ant’s crop fungus.  With a complex, beautiful threeway partnership (the ant, the crop fungus and the bacteria), evolution had solved a major agricultural problem plaguing humans. The finding had wide-ranging implications, from abstract theoretical biology to agriculture. For example, it showed the long-term effectiveness of using coevolution to keep pests from evolving pesticide resistance, by employing biocontrol in agricultural pest management.

In the rush of excitement, the researchers collaborated with science educators and journalists to promote this story as a particularly beautiful and germane example of mutualism and coevolution. The National Science Teacher Association (NSTA) created a high-school curriculum module and traveling museum exhibit to showcase the leafcutter ant story.

Image from NSTA’s teaching module, “Virus and the Whale: Exploring Evolution in Creatures large and small”

The research was sold (to the scientific community as well as the public at large) as a tale of tight coevolution maintaining a delicate equilbrium between the different parties. While many of the elements of this narrative are true, critical details concerning coevolution between the bacteria and the rest of the system were invalidated by later studies. Again, it is quite common in science for an initially promising explanation to fall apart as further evidence comes to light. Regrettably, this story had already been sold to the public as a tidy, solved puzzle. The popularization of the leafcutter ant story was rolled out too quickly, before all sufficient evidence for coevolution had been collected, much less replicated.

One of the most important conclusions of the original set of experiments was that the ant’s bacterial partner was coevolving with the Escovopsis. Currie argued that Natural Selection favored an arms race, with the bacteria constantly evolving more effective and selective compounds that killed Escovopsis without harming the crop fungus (to benefit the whole colony on which it depends (the holobiont)) and Escovopsis constantly evolving resistance to the fungicide (to benefit itself). This kind of coevolutionary arms race explained how the leafcutters could grow the same exact crop every year and not get wiped out by the Escovopsis, and might even have implications for how humans control pests. As the Red Queen explained to Alice in Lewis Carroll’s Through the Looking Glass, “Now, here, you see, it takes all the running you can do, to keep in the same place.” The Red Queen Hypothesis describes the dynamics of coevolutionary arms races

At the time that the museum exhibits and high-school lessons came out, Currie and collaborators had not shown definitively that the bacteria was coevolving with the rest of the system. But they had tantalizing evidence that this was the case:

The Currie team had not built a phylogeny of the bacteria living in the colonies of different species of leafcutter, and so did not know whether their evolutionary history tracked that of the ants and fungi. It was still possible that the ants were picking up various bacteria from the environment that could help control Escovopsis outbreaks. This alternative explanation was dismissed due to the remarkable specificity of the bacterial fungicide on Escovopsis – it was highly unlikely that random bacteria would have such a targeted fungicide, since Escovopsis lives only in leafcutter colonies. And so the group proceeded to publicize their findings in scientific communities and beyond, as established scientific fact.

However, later studies showed that the ants actually had multiple species of bacteria growing on them, and 62% of them inhibited the Escovopsis pest. Nobody was able to replicate the original finding of a specialized fungicide that only killed Escovopsis, or show the bacteria helping the crop fungus. Different colonies of the same species of leafcutters had totally different species of bacteria. The closest relatives of the bacteria living in each colony were wild species that didn’t grow in leafcutter colonies.

All of this pointed to the ant continuously recruiting new bacteria to help suppress their pests. While still quite astonishing, this is a very different story: instead of an intimately coevolved bacteria delivering just the right compounds in an arms race with the pest, it seemed that the ants were just using any fungicidal bacteria as a pesticide.

The evidence Currie originally collected all pointed to coevolution, and this is how the story  was spun to the scientific community. That’s all well and good: the finding was significant, and building up excitement with a little hype is a good way to get people to notice your work, which will attract other labs to scrutinize and replicate your experiments. The line between building up legitimate hype and exaggerating your science is a tough one to navigate, but most scientists would say that this was proper conduct. Currie said that the available evidence pointed to coevolution, and it did. The failure to replicate the specificity of the fungicide was unfortunate, but flukes do happen (most scientists use a p-value of 5%, meaning that about 5% of results are flukes due to random chance).

The problem is that this story was packaged and taught to the general public as established scientific fact before others could replicate the findings. This can serve as a cautionary tale: scientists must suppress the urge to share impressive results with the public at large until full scrutiny (including replications) have been brought to bear, or risk delegitimizing the discipline. In a fiercely competitive field, though, and in the time of Twitter, that patience and abstinence is becoming damn near impossible to pull off. Expect to see more stories of this kind in the coming years.