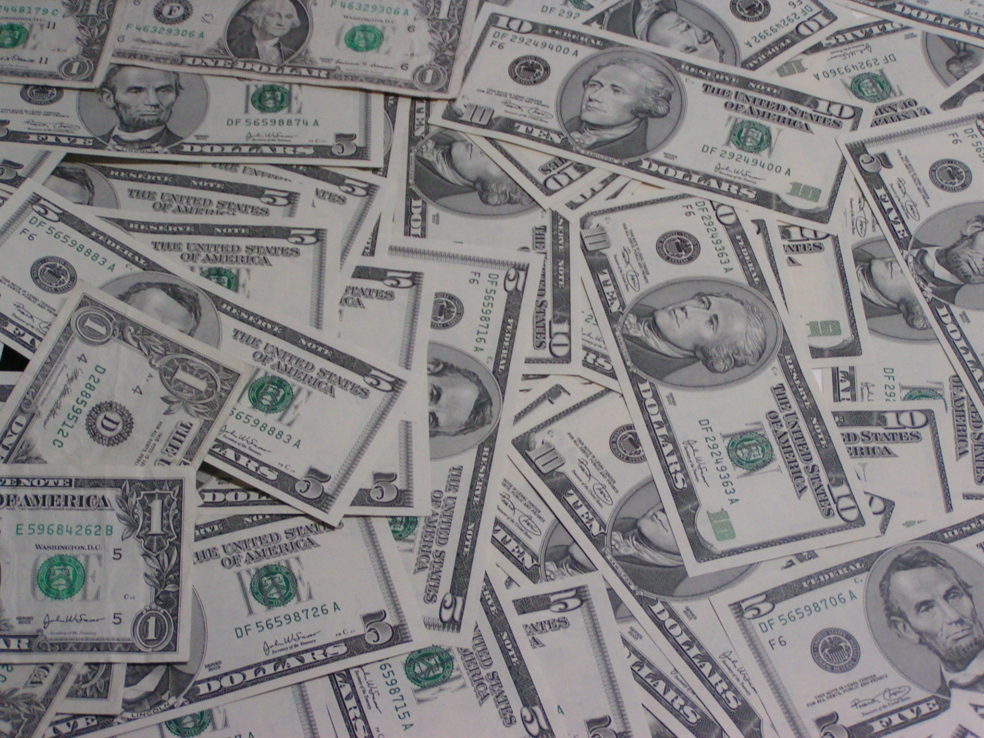 What does it mean to sell out? Politicians are familiar with money’s corrupting influence, as we’ve seen in the media maelstrom surrounding the Clinton Foundation, Citizens United, and massive campaign donations from Wall Street and wealthy families.

But for scientists trained to be objective, does selling out mean the same thing? Like politicians, scientists are not immune to money’s corrupting influence, nor are they quiet about bringing up issues around accepting funds from private donors.

Recently, a faculty member at my university sent an email to recipients of a fellowship created by Dow Chemical Company (myself included), pointing out how Dow provided inconsistent information to the EPA and the U.S. Trademark and Patent office about the potential harm posed by one of the company’s new pesticides. The purpose of the email was to generate discussion about “interesting actions on Dow’s part to further poison the planet”.

I took the bait. As a recipient of this fellowship and a public health scientist, I started thinking seriously about the implications of taking this or any other funding, and more generally, what does it mean to sell out as a scientist?

What are implications of accepting private money?

Sometimes it’s easy to tell when accepting funding is ethically questionable. For example, tobacco companies funded bogus science to suggest that cigarettes were healthy in the face of mounting evidence that cigarettes were harmful. The researchers conducting these studies were complicit or silenced, and I want no part in science that is done that way.

If, as a Dow fellow, the company could decide whether I could publish my results or force me to design studies in a specific way, I would not have accepted the money, since such stipulations would compromise my integrity.

However, this wasn’t the case. Dow gave me a fellowship to pursue dissertation research focused on drinking water and sustainability. The funding is flexible. As long as I’m transparent with my department and fellowship administrators, the funding can be used to cover experiments, relevant travel, or my tuition and stipend. And while I need to acknowledge Dow as a funding source, my science cannot be censored by the company. By accepting Dow’s money and doing good science, I benefit in my career and I add to the collective body of scientific knowledge.

But this arrangement also benefits Dow. Dow can rightfully trumpet, “We fund high-quality research that improves public health and sustainability!”

I’m now potentially part of a marketing strategy that promotes a cleaner, more sustainable Dow. My name and work may be used in Dow promotional materials and my research findings will be stamped with “funded by Dow Chemical,” polishing Dow’s public image by demonstrating its commitment to sustainability research. This positive publicity helps pull attention away from damage Dow has inflicted elsewhere.

Even without control over the funds they donated, Dow still benefits from giving this fellowship. I may not be doing anything directly for Dow, but the company profits when I take its money.

But what about government money?

Perhaps I’m unfairly targeting the downsides of corporate money. After all, much research is funded by the federal government. While government money is thought of as more respectable than corporate funds, it too can lead to biased science.

To win and renew governmental funding, a researcher must consistently publish relevant research. It’s difficult to publish without positive results, which may help explain the disturbing number of un-replicable studies. In efforts to market their work, scientists have been known to mine their data for significance – even if it’s slight and not biologically relevant – thus overstating the impact of their studies to make a publishable story. (With funding so tight and highly competitive these days, this becomes especially important.)

Further, grant funding is often awarded around discrete topics, thereby attaching scientists to a specific set of ideas or assumptions. If I received 1.5 million dollars to examine the impact of waterborne E. coli on diarrheal disease, would that narrow focus affect whether I accurately examine alternative hypotheses? The questions I ask, assumptions I make, methods I use, possible alternative explanations that I account for (some of which must be ignored due to logistical constraints) – these pieces are specific to my question. Realistically, this framing gives me tunnel vision about the importance of my work, and I will be more likely to ignore other lines of scientific inquiry.

It’s not wrong to do science in this targeted way. But it is an inherently biased process – one that limits how scientists do research.

Thus, the funding source influences the resulting science. Taking funding from any source limits researchers, attaching them to narrow assumptions and giving them incentives to pursue a specific agenda. How one judges the differences between corporate and government funds depends on personal ethical standards, but both sources can lead to limited and biased science.

Science costs money, and I think our current funding mechanisms are better than limiting scientific endeavors to individuals who are independently wealthy. The idea of crowd-sourcing funding has been floated as well, though that method is also imperfect, since people tend to support ideas that are already well funded, and the amount of money isn’t yet substantial enough to pursue large projects.

By accepting Dow’s money, have I sold out?

To me, selling out means losing agency or compromising my ethical standards because I accepted money from a certain group. By this definition, I’m selling out. I think that Dow behaved unethically in their interactions with the patent office (as well as on multiple other occasions), and I accepted money from a company whose politics and ethical standards I often disagree with. However, how big of a sellout is this?

If I look at it more generously, I am entering into a mutually beneficial relationship. By taking Dow’s money, I help the company brand itself as more sustainable, whitewashing environmental and social harm caused by their products and actions. There’s also the possibility that I (or other fellows) do research that benefits the company.

And let’s be honest – I benefit, too. I can accept being a part of Dow’s marketing campaign if it gives me resources to ensure that my research can benefit public health. Without Dow’s money, I wouldn’t be able to do all of the research that I want, nor have as much flexibility to pursue projects that are personally and professionally enriching. And there are relatively few strings attached. The company cannot tell me what I can and cannot say or do – including, for instance, whether I can write this article.

I’m thankful that the faculty member sent that email. I’ve become more thoughtful about the implications of accepting money from different sources, and better understand the importance of reflecting on potential conflicts before applying for or accepting funding. I’ve realized that there are always strings attached.