I love me some milk. Or at least I did, before my body became less tolerant to lactose and started getting bloated, gassy, and overall unpleasant to be around after drinking it. These symptoms have eased, and I can happily still enjoy nature’s most perfect food – ice cream. 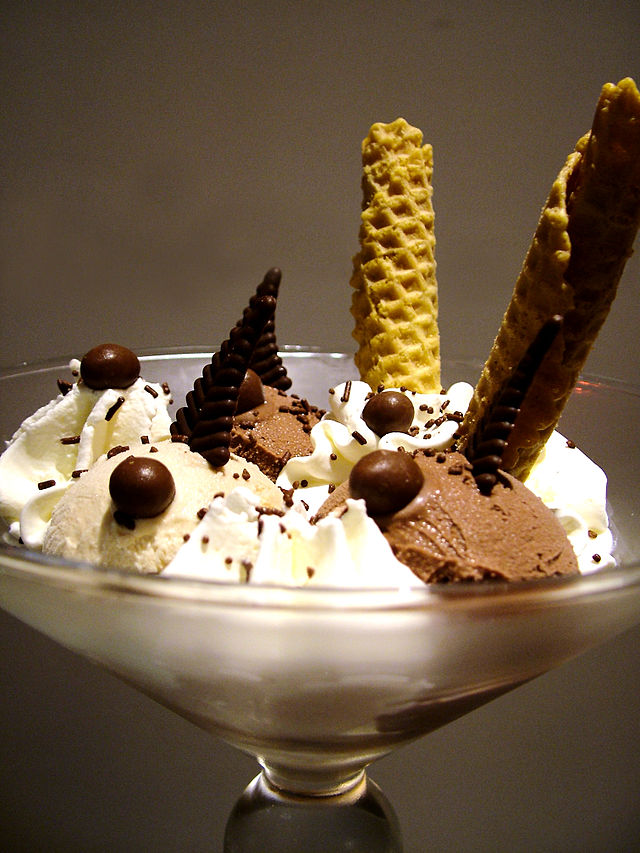 YES! Get in my belly, since you don’t make me sick. Source: Wikimedia Commons

Despite this turbulent relationship, I was surprised to see this piece by Matt Saccaro called, “Milk Does Not Do a Body Good”, a commentary on a new scientific article that was published in The BMJ (formerly the British Medical Journal). In his piece, Mr. Saccaro claims that science has shown us the light, and we should completely change the way we view our world (or in this case, a food staple) based on this new study. Mr. Saccaro claims that the “study’s scientific language doesn’t truly convey how perilous excessive milk drinking can be…” While the study does provide evidence that drinking milk is associated with dying and hip fracture, (“Women who drank three or more glasses a day had twice the chance of dying at the end of the study than those who drank less than one glass a day… And those who had a high milk intake also had a 50% higher risk of hip fracture”), the authors clearly state the limitations of the data. In the abstract of their article, they write: “Given the observational study designs with the inherent possibility of residual confounding and reverse causation phenomena, a cautious interpretation of the results is recommended.”

In plain English, this means: we cannot say that drinking milk caused these problems, because our study couldn’t even judge this kind of relationship!

Despite this clear caveat, Mr. Saccaro wrote, “based on these most recent study findings, the answer is clear: Milk is bad. Stay away.”

This poor coverage doesn’t mean that we shouldn’t take heed of the study findings. Indeed, this type of study is important for noting trends that can drum up interest for further research that can better answer this question. Maybe we should be more careful in our dietary recommendations around milk. As the authors write: “A higher consumption of milk in women and men is not accompanied by a lower risk of fracture and instead may be associated with a higher rate of death… Our results may question the validity of recommendations to consume high amounts of milk to prevent fragility fractures.” But we can’t say for certain that this is the case with the current evidence, and we certainly can’t draw conclusions as drastic as “Milk is bad. Stay away”.

To improperly make this kind of inference in scientific journalism is irresponsible, and shows a clear agenda (gaining more readership) that is at odds with the usefulness of the study results.