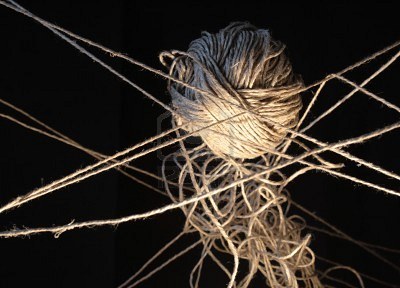 Last week, my first scientific paper was published. I was overwhelmed with excitement! Joy! Accomplishment! Recognition!

And then I was reminded of the achingly slow and frustratingly incremental pace of scientific progress when untangling the Gordian knot of a complex problem. My paper, though big to me, represents a minute loosening of a tiny strand within that knot.

The paper examines whether drinking water could be the source of a bacterial infection: Helicobacter pylori. H. pylori causes gastric inflammation, peptic ulcers, and the majority of cases of gastric cancer worldwide, most of which occur in low-income nations.

Many studies have found that people who drink unclean water or don’t have proper sanitation systems are more likely to be infected with H. pylori. But no one had actually showed that drinking H. pylori in water could cause infection. I decided to try to snatch this low hanging fruit. The question was: How?

Would I volunteer to be infected with bacteria that can cause gastric cancer? Probably not. I’m not as bold as Barry Marshall, the doctor who demonstrated that H. pylori causes gastritis by drinking a whole petri dish of the bacteria. I guessed that most people would feel the same way. So humans were out. That meant I had to find a work-around – an animal model. I chose mice, which are often used in experiments with H. pylori. For four weeks, the mice drank water with H. pylori in it, with separate groups of mice given different amounts of H. pylori and a control group, which was given uncontaminated water.

It worked! The control mice were uninfected, and exposed mice were infected with amounts similar to the highest amounts found in river water in the United States and drinking water in Peru (unpublished data from my lab). It confirmed my hypothesis, although it is unfortunate for people who have to drink that nasty water. It also raises new questions, and emphasizes the importance of some existing questions: How likely is waterborne transmission of H. pylori in humans? Who is most vulnerable? How can we prevent people from being exposed to water contaminated with H. pylori?

And the process plods along at its incremental pace. Each step forward feels miniscule, almost as if nothing has changed, but raising more interesting questions. It’s a good method; the ideas progress logically and slowly, loosening each strand, each jam of that knot until we finally solve it. And it’s the method that our academic and funding agencies promote.

According to conventional wisdom, funded ideas must have “iron-clad feasibility”, with most grants given to investigators who “stay in the field where they are already working” or who “extend their interests to a highly-related field”. The most reputable research groups are those that have published frequently in high profile journals within their field. This structure supports experts at the peak of their respective niches, and allows them to train students to keep the system working in perpetuity.

And the revolutionary thinkers who have ideas outside the spectrum of incremental ‘feasibility’, who aren’t in an established lab, and don’t have multiple peer-reviewed scientific publications to support their expertise? They probably won’t get funded by traditional funding mechanisms – at least not for those ideas. I’ve heard time and time again that ideas challenging the norm are likely to be declined for funding or publication, especially if they don’t come from a highly reputable research group. They’re considered too risky or untrustworthy.

Which strikes me as a little odd, since many of our revered scientific thinkers (Copernicus, Galileo, Einstein, and the list goes on) made great leaps forward by thinking in a way that wasn’t bogged down by the tunnel vision of conventional wisdom. That doesn’t always mean publishing incremental findings that eventually make up a cohesive theory. Sometimes it means sitting and thinking alone for years on end without producing anything ‘feasible’; sometimes without producing anything usable or publishable along the way. Indeed, Nobel Prize winners have stated that they couldn’t have succeeded in today’s publish or perish environment.

And there’s an enormous elephant in the room: many of humanity’s most pressing problems – food and water shortages, crop failure, chronic illness, climate change, antibiotic resistance – are big, and need to be addressed in ways that the single-field incremental structure won’t support. They are large, interdisciplinary problems that need to be tackled with policy, entrepreneurial support, and community action guided by relevant research. In short, they are Gordian knots, but are necessary to untangle more quickly. And the research community isn’t set up to move that way.

When confronted with Gordian knot, Alexander the Great supposedly either hacked it to pieces with his sword, or removed the pole from which the knot hung, exposing the ends and thus making it possible to untie. His bold action, completely different from previously tried approaches, solved the unsolvable. 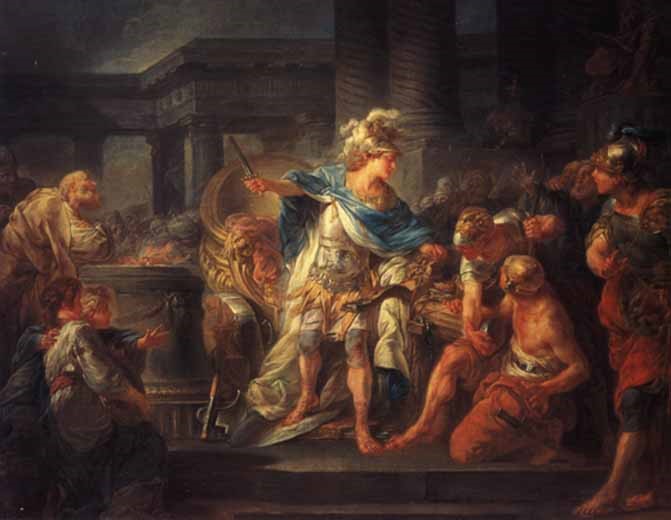 Bam! What a badass. Source: Wikipedia

Of course, my paper doesn’t do that. For me, however, it is really exciting, since it validates one of my dissertation aims (someone else thinks my work is worthwhile!) and makes me feel a childlike wonder at moving one step closer to getting my PhD. This is how most science is done, and it feels good to better understand that process. But in the grand scheme of things, I’m a mere pawn in the game of science, slowly moving one step forward at a time. As a PhD student, I’m still learning how to work in a cutting edge field, and how to play nicely within it. I know that I don’t have any workable solutions to the big problems that I’m railing against, but keeping them in mind helps guide my work, my goals, and my ideas about the world. For me, that’ll be good enough for now.

Despite all that, I don’t think that the current system should be discarded; rather, that it should adjust. In the current economic climate, perhaps that means a loosening in funding structure: for example, re-routing chunks of NIH money to be used specifically for ‘revolutionary science’, seeking out public-private partnerships, or working more with non-traditional funding sources like industry, non-profits, and foundations. But something must change.

To have a chance at solving our problems, we need all kinds of people: the wildly inventive, the experimentalists, the incremental thinkers, and those who can synthesize it all together into a cohesive story that can actually address these big issues AND convince people that their approaches and corresponding policy prescriptions are correct.