Every day, I encounter blog posts and science articles about nifty new developments in the scientific community. While it’s exciting to see what is happening, we need to think critically about the conclusions reached in those papers. As scientists and non-scientists, it is important to ask: Do the results have the impact that the authors claim? Do the given results answer the question that the authors posed? Does this study make sense? 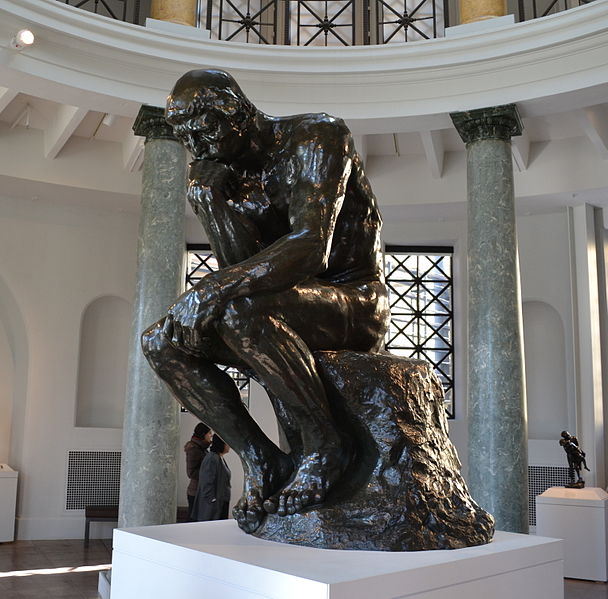 Armed with my new knowledge of Life Cycle Assessments (LCAs), I started thinking about these questions as they related to food and water. I recently came across articles about bottled water and meat production; the first about the amount of water it takes to produce one liter of bottled water, the second about a mathematical model that predicted how greenhouse gas emissions differed between farm animals globally. In both cases, I read through the press releases, but still had some niggling questions about the studies being covered. I decided to look deeper, reading and analyzing the published papers themselves. By applying critical thinking (in this case, using LCA strategies) to research, it is possible to construct a clearer understanding of the issues at hand even when the information available is hazy or uncertain.

The bottled water report was prepared by the Antea Group in 2013 for the International Bottled Water Association (IBWA), a lobbying group for the bottled water industry. The executive summary of the report states:

So far, so good. We do want to be sure that that bottled water industry is doing everything that it can to reduce water waste. However, after scanning the executive summary, I found that it claimed that the industry used 1.39 liter of total water to produce 1 liter of bottled water, including the 1 liter of ingredient water that was actually consumed. Thus, it only takes 0.39 liters to produce the bottle, deal with disposal, transportation, etc… Given how water-intensive the manufacturing of bottles and the transportation of goods can be, this claim seemed a bit fishy to me. As I discussed in my previous post, the results of LCA studies can be easily manipulated by changing the system boundaries, so I first examined the methods section to see if it laid out the scope of the study. Surprisingly, the methods from this report were not available. This omission of any methodology in the summary deepened my suspicion, so I looked up the previous report by Antea to investigate the methods that they used in their study.

The previous report quantified water used for beverage production and packaging, sanitizing, heating, cooling, landscaping, and stormwater capture. However, they neglected to include the water that was contaminated by their operations as well as the water that was used for the distribution of the finished product, production of raw materials (e.g. bottles), and shipment of raw materials. Aren’t these processes that should fall under the umbrella of “production of bottled water”? They aren’t used at the facility itself, but they certainly add to the water footprint of the bottled water.

Thus, I decided to do some digging to see if this was consistent with other estimates, and found an LCA that examined the amount of water used in Italy to produce bottled water and tap water. This LCA did include transportation costs, cooling, bottle production, water pollution, etc…; basically, it had all of the parameters included that the IBWA report neglected. The Italian LCA found that on average, 3.43 liters of water were used to produce 1.5 liters of bottled water. 2.73 liters of water were used during the processing stage, including the 1.5L of water that is actually consumed. Another LCA on sugar sweetened beverages provided an even higher estimate of the water footprint for the bottle itself: 4.58 liters of water were used solely to produce a 0.5 liter bottle.

Both of these LCAs used broader system boundaries than the IBWA report, actually taking into account processes outside the facility itself. So, while the IBWA report is technically accurate based on its scope, you can see that the chosen guidelines are obfuscating the larger picture. This led to a low estimate of the water associated with bottled water production that didn’t cover the water footprint costs.

The paper on global meat production and associated greenhouse gas (GHG) emissions was published in late 2013 in PNAS, a prestigious scientific journal. The authors created a mathematical model to examine how meat and milk production varied regionally, and how it was affected by feed type, animal species, and location. The amount of meat produced per region was then compared to the GHG emissions due to livestock in that region. After an exhaustive number of simulations, the authors determined that animals in the developing world were responsible for 75% of the global burden of non-CO2 GHG emissions from ruminant species (e.g. cows and camels) and 56% of global non-CO2 GHG emissions from monogastric species (e.g. pigs and chickens).

The authors explained that the discrepancy between the total emissions in developed and developing world was mostly due to sheer number of animals – the developing world has a lot more people to feed- but also in part due to animal diet, low feed efficiency, and other factors. Further, in the developing world, places that had arid climates, poor diets for ruminants, or with significant ruminant protein production also had higher GHG emissions than other regions on average.

By contrast, meat animals are raised more efficiently and much more quickly in developed nations, which use the classic “factory farm” method to maximize weight gain and minimize the time between birth and the dinner table. As a result, there were lower GHG intensities for meat and milk, which were thought to be due to better quality diets and higher rates of feed efficiency.

However, I have a couple questions that weren’t well answered by the paper or the press releases: How are greenhouse gases calculated for agricultural inputs? Are the pesticides, fertilizers, transportation, etc… included for the production of the grains that are fed to factory farmed animals? The production of pesticides and fertilizers for conventional corn and grain farming (as well as the immense supply chain and transportation costs associated with farming) uses a lot of petroleum, and it was unclear if that was included in these analyses. If the authors had included these supply chains and still found similar results, they would have presented a much stronger argument.

To further complicate things, ruminants in developing nations are often used for both meat and milk production, especially on small subsistence farms. For example, in many places globally, ruminants like cattle and camels are used for labor as well as producing meat and milk. Because of this, they would typically live longer lives than animals in factory farms, lowering meat production and feed efficiency but providing other values that are not taken into account in this model.

With regards to waste, ruminant manure in developing countries is more likely to be present in low enough quantities  to be used as fertilizer locally, compared to factory farm manure which is often stored in massive lagoons that can be used for fertilizer, but may also contaminate surface water or spread disease. In an LCA, all of these separate animal uses these could be reconciled using allocation, the idea that products can be separated into different pieces (in this case, as labor, fertilizer, meat, and milk) and then the total emissions would then be split (or allocated) among the pieces.

However, in this case these extra advantages are not taken into account, when in fact they could impact total GHGs (for instance, by being weighed against the production of GHG from combines, tractors, etc…). Like in the bottled water example above, this is also a system boundaries dilemma, with the authors not pushing the boundaries far enough to take into account some potentially significant impacts. Because they weren’t taken into account, we have a less accurate picture than we might have otherwise had.

So where does this leave us? The IBWA report focused only on water, but didn’t even touch on the other issues with bottled water, include costs for bottling, environmental impacts of plastic waste, transportation costs, or even a comparison with tap water. The study on meat production simply stuck with GHG emissions per unit of meat or milk produced, while a broader focus including an LCA style approach to feed used, supply chains, etc… could have better characterized the differences between meat production and animal lifestyle in developed and developing nations.

While these studies are flawed, I think that they could be useful as a starting point. One of the reasons that I chose these papers is that they did not to mention their internal limitations (including potential conflicts of interest). Science itself is an endless process of double-checking and correction, so it seems strange to me that these papers wouldn’t mention some of their limitations. This is a standard way to advance a scientific field: pointing out gaps in the cutting edge literature is a great way to help other scientists to think about solving the additional problems presented by research. In order to ask better questions and get better answers, we can identify some of these gaps ourselves with research, critical thinking, and useful tools like  LCAs.