Viruses are one of the last great biological bogeymen facing modern humans.  Fire, weapons, and a changing climate have tamed or killed off our ancient predators.  For those lucky enough to have access to them, antibiotics have won a long, though fragile and temporary, reprieve from bacterial infections. However, the prospect of a new viral outbreak, for which we do not have a vaccine, remains a serious threat. 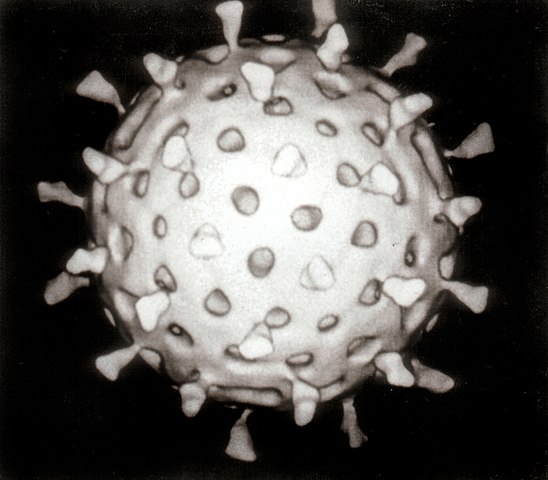 Viruses  can evolve at incredible rates, and are very simple – basically just a packet of genetic material wrapped in protein. This makes them devilishly hard to control; antibiotics target bacteria-specific biochemical pathways, but the simplicity of viruses leaves few chinks in their armor – there are no such pathways to target. Their swift evolution means that viruses can jump over from animals to humans, as in the case of avian or swine flu. Even when vaccines are devised, they cannot always keep pace with the evolution of viruses like influenza and HIV. Some of the nastiest pathogens we face today – HIV, Ebola, Rabies, Dengue – are viruses, and the human cost is enormous.  Our fear of viruses is well-founded.

And yet, for the last few decades, scientists have been slowly uncovering a friendlier side of viruses. It turns out they are engaged in myriad mutualisms (mutually beneficial symbioses) with a variety of organisms. For example, the panic grass Dichanthelium lanuginosum can grow near geothermal activity in Yellowstone National Park, in soils at sauna-like temperatures in excess of 50°C (122°F). In order to achieve this astounding thermal tolerance, the plant must be infected with a fungus, and the fungus in turn must be infected with a virus. The mechanistic details of this three-way symbiosis are unclear, but the plant cannot survive if it is “cured” of the fungus or if the fungus is “cured” of the virus.

A common way for a virus to ally with its host is by acting as an enemy to its enemies. This kind of interaction capitalizes on viruses’ penchant for being infectious and lethal. For example, some bacteria can wield viruses (Bacteriophages) as a weapon against competitors. These bacteria (Escherichia coli, or E. coli) are mostly resistant to the virus they carry, but sacrifice a few of their kin to unleash viral particles as they conquer new territory. This spreads an epidemic among the bacterial populations they invade, like Mongols catapulting plague-ridden corpses over the castle wall during sieges, or European colonialists spreading smallpox among Native Americans. These viruses are mutualists by way of their lethality. The enemy of my enemy is my friend.

How does E. coli carry its viral weapon without succumbing to it? Viruses have two distinct reproductive cycles: lytic and lysogenic. In the lytic cycle, the virus hijacks the host’s cellular machinery and immediately begins to replicate until the cell bursts and unleashes a flood of viral particles. That’s scary, and deadly.

But the lysogenic cycle is just creepy. In this cycle, the viral DNA incorporates itself into the host genome – it becomes part of the host’s DNA. This is called a lysogenized or endogenous virus, and it can be passed on to offspring like any other set of genes. E. coli containing the lysogenized virus are immune, but enough individuals will switch to the lytic phase and burst that plenty of viral particles are spread amongst competitors.

In one particularly insidious example of an endogenous viral partner, a specific virus (of a variety called Polydnaviruses) embedded in the genome of Braconid wasps is necessary for the proper development of their eggs. The details are sci-fi and somewhat hideous: these wasps lay their eggs in live insects. When the wasp eggs hatch, the larvae eat their host from the inside out. 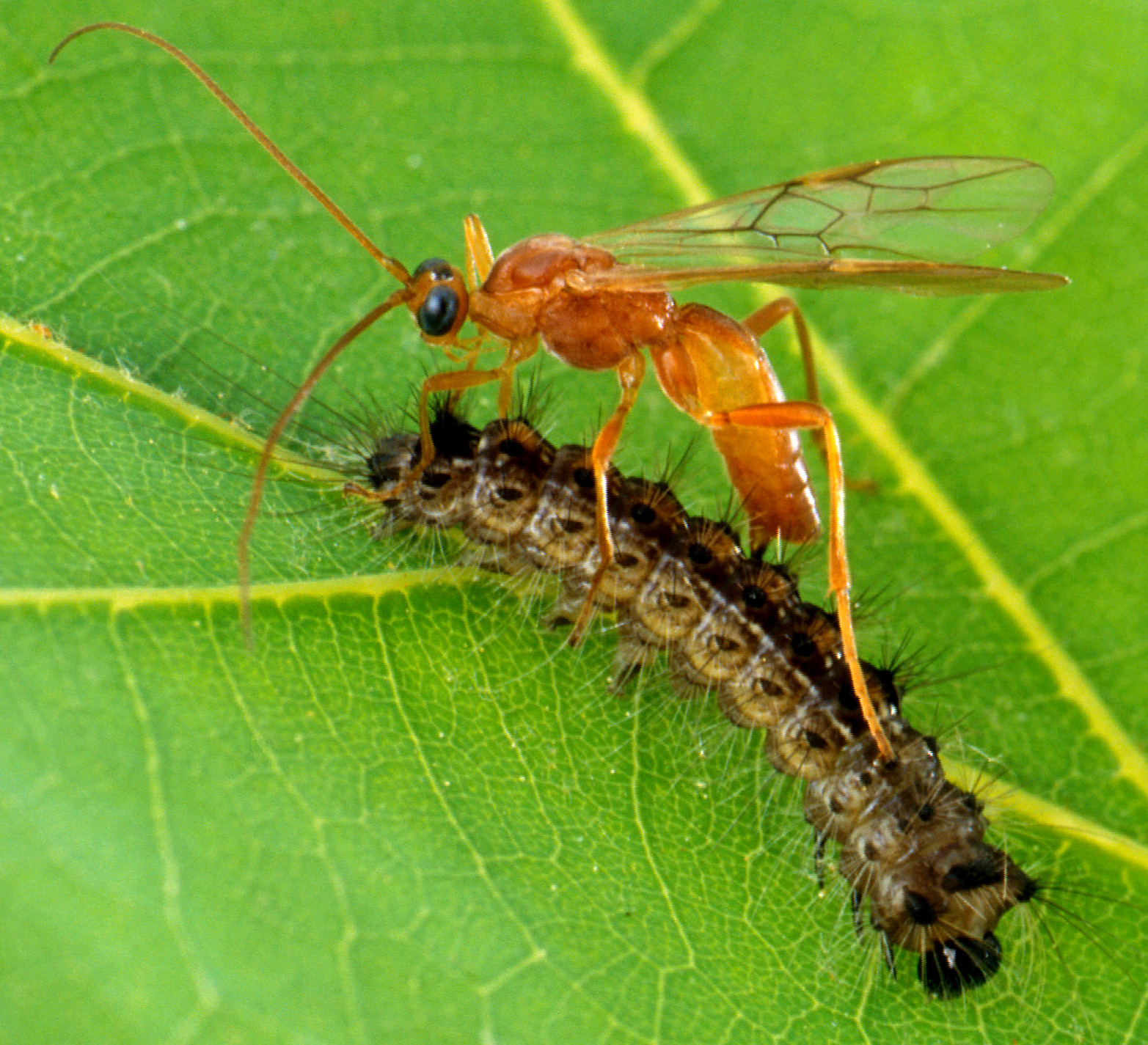 The virus helps the wasp by suppressing the immunity of the live caterpillars (and other insects) into which these wasps lay their eggs. This allows the eggs to develop into hungry little larvae without being walled off or destroyed by host immune system. Again, the virus is wielded as a weapon by one species as it antagonizes another. 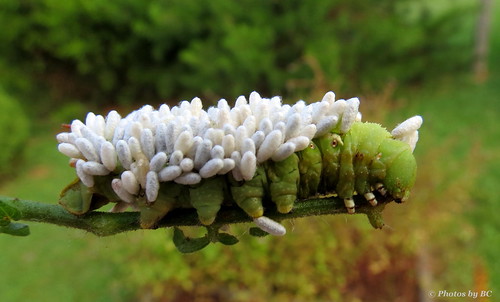 Great for the wasp, horrifying for everyone else! Photo: flickr user Chuck

Viral integration into the host genome is not unique to bacteria or wasps, either. In fact, about 8% of your DNA (assuming you are a human) was sewn into your genome by viruses during ancient epidemics millions of years ago, and has been passed on ever since. The proper formation of human placenta during pregnancy requires a viral protein embedded in our DNA.

Viruses beget countless tragedies, but they are a part of this world, and they are part of us too. Seeing as they are essentially protein-packaged genes, it is perhaps unsurprising that viruses can act as benefactors as well as scourges. It all depends on which genes they’re bringing to the party, and how they are deployed. In the case of the bacteria and the wasp, the viruses have become one with the organisms they help. Literally.

Roossinck, Marilyn J. “The good viruses: viral mutualistic symbioses.” Nature Reviews Microbiology 9.2 (2011): 99-108. DOI
NB: This review served as the template for this article, and provided the examples herein as well as their source studies