Ebola. The Voldemort of viruses, we can barely stand to hear its name without paroxysms of fear. A virus with a 90% death rate. An incurable menace that has ravaged western Africa in an outbreak that has killed thousands of people. 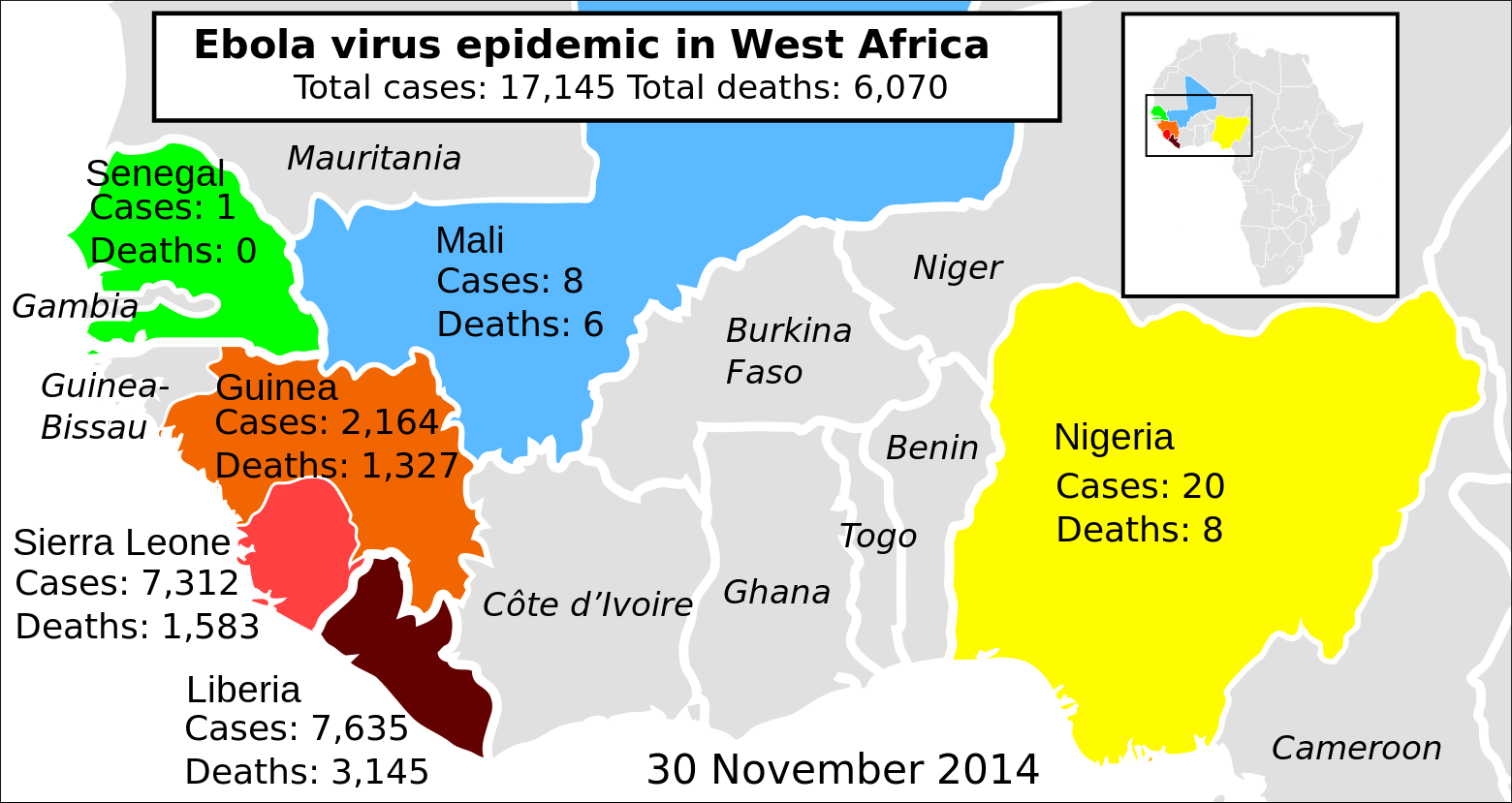 It’s only one flight away from arriving in the US and wreaking havoc in our cities and homes. Everybody panic!

You’re probably thinking of this.

Yes, Ebola is a terrible virus. The current outbreak is spreading across West Africa, and has caused more deaths than all other known Ebola outbreaks combined. It has exposed the inability of the global public health community and governments to address this problem in a united and meaningful way, and has led to political unrest and protests. On a visceral level, the idea of almost certain death by fever, hemorrhaging, diarrhea, and vomiting gives me the shivers.

However, when I take a step back from these fears, they seem pretty overblown.

Ebola can only be transmitted through bodily fluids, and the chance of getting infected from someone with Ebola is pretty low, even if you are on the same plane with infected persons. (See the clip below from the movie Contagion explaining how we calculate the infectiousness of diseases.)

But, you say, isn’t it possible for Ebola to become airborne? That’s what it says on the news!

Although Ebola has arrived in America and Spain, the victims were eventually quarantined. In Dallas, due to an unfortunate set of circumstances and protocol errors in the hospital, two of the nurses treating Thomas Eric Duncan (Ebola patient #1 in America) became infected. One was immediately quarantined, while the other traveled to Ohio before exhibiting symptoms, after which she too was quarantined.

This is terribly sad, but not necessarily surprising; mistakes do happen, and this was the first time that Ebola was treated at that hospital. While the hospital staff in Dallas did run training exercises on how to handle Ebola over the summer, training is not the same as experience. When it comes to infectious diseases, there is a steep learning curve, and with Ebola, it can unfortunately be life threatening.

Should you be concerned?

Sure. But let’s put it in the proper context.

The Centers for Disease Control (CDC) is continuously adapting their approach to make more effective, tightening security measures, surveillance, and quarantines for people exposed to the virus. Although the health care systems are very well managed, mistakes can and do still happen. But let’s think about other outbreaks in recent history. Back in 2003, the CDC successfully contained the SARS outbreak. SARS is airborne, which means it’s more easily transmitted than Ebola, especially on airplanes. Similarly, the 2009 swine flu pandemic  killed thousands of people globally, yet was also well contained in America through careful surveillance, vaccination, and public outreach.

So, the risk of you or anyone else in America being infected by Ebola is extremely low, despite what you hear on the news (click here for an excellent shredding of fear mongering pundits). Save your concern for other diseases and conditions. Unlike other institutions, we typically only hear about the efforts of public health professionals when they do a bad job. When public health institutions do their jobs well, we usually just want to cut their funding. I’ll leave you with that conundrum to chew on.