King Richard III‘s body was found under a rural parking lot last year. Since the discovery of his rather unceremonious resting place, there has been a flurry of research into the regent’s diet, health, and the circumstances of his death. This new study compared the DNA sequence of Richard III with those of some living descendants of his sister as well as the Duke of Beaufort, a supposed relation on his father’s side. They found that Richard was unrelated to his presumed patrilineal descendants, revealing sexual chicanery somewhere in his royal line. By carefully choosing which regions of DNA from which supposed kin to include in the study, the researchers were able to identify this as a case of female infidelity, or cuckolding, that broke the paternal line. This is another case where the combination of genetic, archaeological and historical evidence can be combined to reveal secrets of the past. 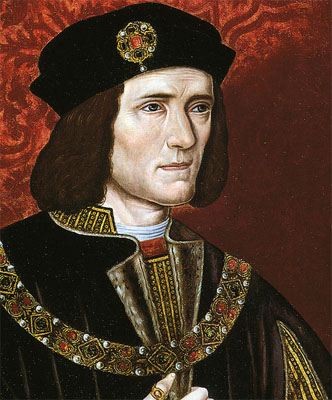 The researchers, led by Dr. Turi King, discovered the monarchical mischief using DNA recovered from Richard III’s skeleton, along with DNA from descendants of Richard’s sister, who would carry his maternally inherited mitochondrial DNA, and descendants of the Duke of Beaufort, who would have paternally inherited Richard’s Y chromosome. Richard himself left no descendants. The DNA sequences of these different presumed kin were compared with Richard’s in a process similar to how DNA evidence is used in everyday paternity tests or in criminal investigations.

DNA accumulates small mutations as it is passed down from parents to children. Most of these mutations are harmless changes between the four “letters” (nucleotides) – A, C, G and T – that make up the genetic code. Related people share the same mutations, so comparing the DNA sequences of two people can reveal kinship. As mentioned, this study examined (maternal) mitochondrial and (paternal) Y chromosome DNA, which are easier to study because they don’t mix with the other parent’s DNA when the sperm fertilizes the egg. The mismatch they found occurs in the Y chromosome but not mitochondrial DNA. So we can further say that some blue-blooded wife, most likely in the generations between Richard III and his modern kin on the Beaufort side, cuckolded her husband.

The British Royal family is based on bloodline, and this news of infidelity in the lineage may be shocking to those devoted royalists who tuned in to Prince William’s wedding or Queen Elizabeth’s diamond jubilee. But does this evidence mean that the current royal family are illegitimate usurpers of the throne? Not at all.

Firstly, Henry Tudor took Richard III’s life and kingdom (and presumably his horse) in the Battle of Bosworth Field. This ended the War of the Roses, a bloody chapter of English history that’s been dramatized by artists from Shakespeare to George R.R. Martin (with considerable artistic license). Modern royals are not directly descended from Richard’s (Plantagenet) lineage, nor from Henry’s Tudor House, but from the House of Windsor. As historian Dr. Anna Whitelock put it to the BBC, “Royal succession has been based on many things in the past: ability to lead troops, religion, connections – not always seniority by royal blood.” 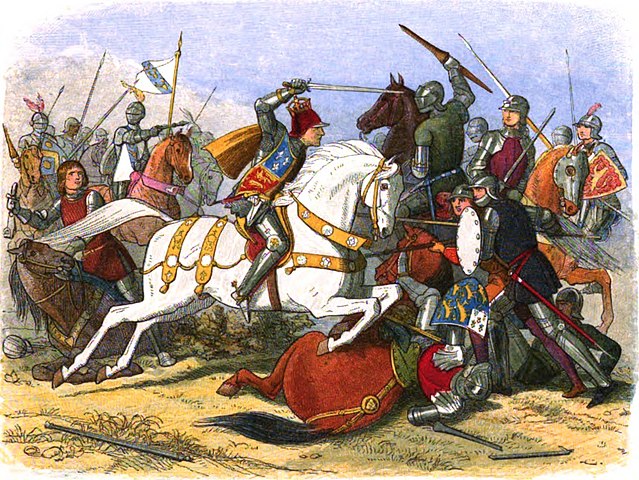 The Battle of Bosworth Field,

Though this infidelity may leave some clutching their pearls, the finding is not really all that surprising given the (somewhat clinically named) “false paternity rate” of about 2% per generation in Western Europe. This rate may or may not vary culturally; there isn’t enough data to say at this point. The truth is, mounting DNA evidence is uncovering infidelity everywhere. We are a more promiscuous species than we would care to admit, and that applies to monarchs as much as anyone.