In this politically frantic time, let’s harken back to a legislative moment of yesteryear. In January 2007, President George W. Bush signed the Energy Independence and Security Act, which provided funding for research into biofuel production and mandated that we mix 36 billion US gallons of the stuff into the fuel supply by 2020. If you’d like to take a trip down memory lane, you can check out the youtube time capsule (sorry for the quality, this video was apparently taken with a potato):

Thanks to this mandate, today almost all gasoline in the US is 10% ethanol, most of it from corn. Aside from political considerations like energy independence, this mandate had an environmental rationale in addressing climate change. Biofuels like ethanol and biodiesel, along with waste biomass energy (burning garbage for power) produce electricity or transport fuel appropriated directly from the current carbon cycle, as opposed to introducing new carbon dug out of the ground, as fossil fuels do. What does that mean, how can it be implemented? Have biofuels lived up to their environmental promise? 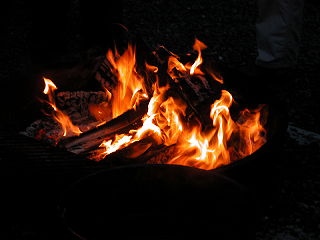 Think about a campfire: you burn firewood, and energy comes out in the form of heat and light. That energy comes from breaking the chemical bonds in high-energy sugars and cellulose in the wood. These sugars were originally made (“fixed“) out of carbon dioxide and water through the process of photosynthesis when the wood grew, and they return to carbon dioxide as they burn, releasing energy along the way. Biofuels are exactly the same: they built up high-energy sugars and oils through photosynthesis when they originally grew, and they release carbon dioxide and energy when they burn. The same goes for fossil fuels, they just did their photosynthesizing hundreds of millions of years ago. So if burning biofuels also releases carbon dioxide into the atmosphere, what’s the difference between burning biofuels and fossil fuels?

The environmental logic behind that 2007 Ethanol Bill was that relying on fuels from the current carbon cycle would relieve the need to introduce more CO2 into the atmosphere with fossil fuels. However, throughout this series we’ve talked about how humanity’s slice of the current global carbon cycle is growing. Natural ecosystems are being crowded out by vast tracts of farmland growing the food, fabric, and building materials that humanity depends on. In this context, is expanding our slice of the carbon cycle to grow fuel really helpful?

It depends on what part of the carbon cycle we use. 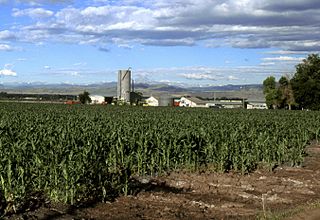 First-generation biofuels, which convert food like corn, beets or sugar cane into fuel, are by far the largest class of biofuel in production today. Though data is still coming in, it does not seem that these fuels have lived up to their environmental promise. Growing, transporting and distilling these crops requires energy, usually from fossil fuels, and converting natural habitat to farmland results in soils emitting carbon dioxide. Once these emissions are factored in in a proper life cycle assessment, corn ethanol contributes to climate change, rather than lessening it. Other first-generation biofuels like sugar cane ethanol do a bit better, but even there, the picture is not rosy.

Even these analyses do not adequately consider the environmental impact of appropriating more of the global carbon cycle from nature (by plowing natural habitat to grow ethanol feedstock) or agriculture (by selling corn that would have been used for food to ethanol distillers). Partly as a result of diverting our food supply into energy, huge new tracts of land have gone under till and food prices have soared.

Second-generation biofuels, on the other hand, use non-food plant material like old cornstalks or switchgrass as “feedstock” to turn into fuel. This is a more technologically challenging prospect, as these materials are made primarily out of fibrous, non-sugary plant material (like cellulose and lignin) which are harder to break down into easily burnable energy, and the technology is still in development. However, these tough plant materials are produced in large quantities as agricultural by-products, and can be turned into usable energy as well as plastics and other materials currently produced from oil. It’s one more way to squeeze more production out of lands appropriated for human use.

In addition to agricultural land, some researchers are looking into using invasive species such as Phragmites reeds and cattails as the feedstock to produce second-generation biofuels. In principle, this sounds like a win-win: removing invasive species can help native species recover, and can even help address problems like “eutrophication” (fertilizer runoff leading to harmful algae blooms) by removing nutrients in the form of the plant material. Using these invasive plants for fuel could give an economic incentive to remove them and also supplement the fuel supply, reducing the need to grow or drill. However, harvesting plant materials from the wild is expensive, and removing invasive species can have unintended consequences in complex ecosystems. Further, this method results in very variable inputs to fermenting and distilling operations. These technologies are still a ways off. 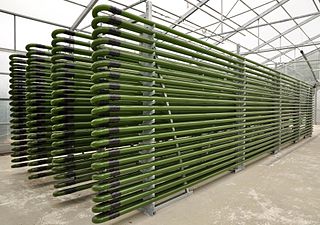 Another promising method of growing energy is to harvest oil from algae. Algae can produce oils very close to those we can burn, so the energy inputs for processing are greatly reduced. Crucially, algae can be grown in semi-closed systems anywhere there is sun, and can use saline or polluted water, lessening the drain on freshwater resources. Production can be extended into sunny, relatively unproductive land like deserts, but we must tread lightly and remember that deserts are ecosystems too . These systems can also be squeezed into ecologically barren spots like highway overpasses or roofs of buildings, increasing the productivity of urban areas and maybe even cleaning pollution while they’re at it. These algae-based fuels, which are very much still in their infancy, have been called “Third generation biofuels” because of their massive environmental and economic potential.

This series is about our use of the current global carbon cycle, and not the climate change caused by introducing more carbon into the atmosphere. As such, we have focused on land use, which redirect a share of the current global carbon cycle to human uses, and haven’t talked much about energy production. But the fossil fuels burned for energy and transportation together account for about 40% of greenhouse gas emissions. Where possible, we should strive to substitute these energy sources with wind and solar power, which don’t emit carbon once they’re built. But there are a lot of trucks, boats, planes, and generators around the world that are built to burn oil. If we can make use of currently cycling carbon to meet some of these energy needs, we can avoid introducing more carbon dioxide into the system, and slow the climate change that is already beginning to wreak havoc globally.

But we must be judicious about how we deploy these technologies, and from which part of the carbon cycle we skim our energy. Diverting food crops like corn or sugar beets into fuel production probably doesn’t make environmental sense since it eats into valuable farmland or biodiverse rainforests or prairies. In contrast, distilling biofuel from old corn stalks or garbage only crowds out decomposing bacteria, and growing algae in a highway overpass or on the roof of a building puts photosynthesis where there was none before, and actually might expand the carbon cycle.

Since 2007, when George W. Bush signed the ethanol bill into law, biofuels have become big business. The first generation of this industry has seen many unfortunate side effects, including expanding farmland into wild ecosystems and jacking up global food prices to the detriment of the world’s poorest and most vulnerable. These early missteps should serve as a warning as the new, more promising technologies of the second and third generation biofuels become available. Still, in biofuels there is room for cautious optimism.