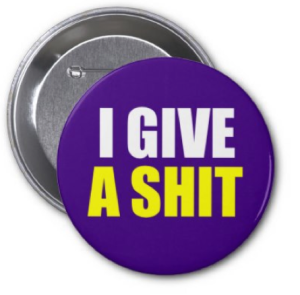 Written for the prompt: What is the most important fundamental mystery in biology today that, if unlocked by basic research, would yield the greatest dividends for human health?

This ubiquitous, noxious substance provokes an instinctive reaction of disgust, and for good reason – it harbors deadly pathogens. Despite the near-universality of poop and fart jokes, humans have spent much time, energy, and money to avoid contact with feces. This has greatly benefited public health through prevention of cholera, dysentery, and many other infectious diseases. Yet poop has great potential to improve human health through medical treatments, prevent disease through microbiome maintenance, and mitigate effects of antibiotic resistance. A better understanding of poop could improve millions of lives and save billions of dollars per year in healthcare costs.

Poop harbors a complex mixture of microbes (bacteria, fungi, viruses, and archaea) whose mysteries we have only begun to unravel. Understanding poop informs study of the gastrointestinal microbiome: the trillions of microbes living in the gut that help digest food, fight off the invasive microbes that cause disease, and maintain our health and well-being. The gut contains more microbes than all the human cells in the body combined, and each gram of feces contains millions of microbes, most of which we have not identified. What secrets are casually flushed away every day?

Gut microbes are our first line of defense against invaders, and an imbalance of microbes can promote chronic and infectious disease. Poop is already expanding our ability to handle these problems, mainly through the use of fecal transplants – basically, poop enemas.  Fecal transplants are transforming the way we treat intractable Clostridium difficile, a dangerous diarrheal infection often acquired in hospitals. Compared to standard antibiotic therapy, treatment of C. difficile with fecal transplants is so effective that a clinical trial comparing the two went back and gave control patients (i.e. those treated with antibiotics) fecal transplants.

Case studies suggest that fecal transplants may be useful for treatment of other conditions as well: metabolic syndrome (covers many conditions including diabetes, high blood pressure, overweight, and others), gastrointestinal disorders like irritable bowel syndrome and inflammatory bowel disease (for example, Crohn’s disease). Clinical trials are ongoing to better understand how fecal transplants can help remedy these (and other) diseases. Since people with these conditions have microbiomes more similar to each other than their healthy counterparts, studying their feces may help us find key microbial actors or signatures for each disease state. Learning more about how the microbiome affects disease may allow doctors of the future to help treat these conditions with transfusions of the right kind of poop.

Fecal transplants are a blunt tool, but they work because of the important role the gut microbiome plays in protecting and maintaining our bodies. Gut microbes protect against invaders by physically blocking them, eating their food, and engaging in all-out chemical warfare with antimicrobial peptides – compounds that target and attack specific species or families of microbes. These peptides comprise a vast and barely tapped reservoir for drug development. New DNA and protein sequencing tools can tease out which gene pathways are responsible for antimicrobial peptide production and harness them on a mass scale. Determining which peptides target specific pathogens would allow for more targeted treatment by only attacking specific invaders, potentially leading to the development of ‘silver bullet’ antibiotics that target pathogens while leaving other microbes untouched.

Antibiotics are miracle drugs that have saved countless lives, but they are not without risk. Antibiotics work indiscriminately, killing swaths of non-pathogenic microbes, selecting for antibiotic resistance, and leaving patients vulnerable to new infections. Furthermore, antibiotic use at young ages is associated with increased weight and autoimmune disorders, like Crohn’s disease. A single course of antibiotics can disrupt the gut microbiome for months – or even years – leaving niches open to potentially dangerous invaders. This is one reason why physicians suggest that patients eat yogurt or other probiotic foods after taking antibiotics. However, once we better understand the key microbes and mechanisms that make fecal transplants work, poop could offer a superior alternative. Instead of taking probiotics containing questionably helpful microbes, a fecal transplant (or similar procedure) could act as the ultimate probiotic: restoring a healthier gastrointestinal flora, increasing resilience against invaders, and allowing for quicker recovery. This would reduce the likelihood of needing additional antibiotic treatment and help maintain the efficacy of current antibiotics.

Effects on nutrition and, a fecal bank?

Studying microbial communities in poop can also inform nutritional practices and interventions to help prevent disease in the first place. We can learn which microbes are most beneficial and nurture them by eating the right food. This process has already begun. Certain microbes found in obese humans (e.g., Enterobacter cloacae strain B29) have been shown to cause obesity in germ-free mice when those mice eat a high fat diet. Their presence increases when eating a high-fat diet, but decreases when eating a low fat diet. Other microbes (e.g., Bifidobacterium species) may even protect against obesity. This interplay between diet and microbes affects other conditions as well. For instance, if one’s gut is inhabited by microbes that digest fiber into butyrate (a compound that both reduces inflammation and feeds cells in the colon), eating a high-fiber diet may reduce risk of colon cancer. Future research into the gut microbiome can identify key microbes and determine which foods help them thrive.

Modern diets and lifestyles have changed our gut microbes, but we can preserve the marvelous microbial diversity in humans worldwide. Villagers in a recently discovered community in Amazonian Venezuela had a greater diversity of microbes than their American or Malawian counterparts. Like conserving heirloom varieties of seeds for agriculture, we should save and catalog fecal samples of people from a wide array of cultures, including those who are less touched by the diseases of modernity (like obesity). By keeping a fecal bank, we could have stocks to replenish our internal communities and preserve the microbial  travelers that have co-evolved with us for tens of thousands of years.

Poop is ubiquitous and full of promise. Overcoming our ingrained fear of feces could fundamentally change medical practice and give us tools to help remediate the economic costs and immeasurable discomfort caused by chronic and infectious diseases. By expanding the borders of the fecal frontier, we can enhance and save countless lives.

Disclaimer: Fecal transplants should ALWAYS be performed under physician supervision.