When my fiancée Jen and I went to Chicago a few weeks ago, we stayed at the home of a complete stranger. A decade ago, this would have been seen as a risky and somewhat weird move. But we felt completely comfortable staying with this man, and leaving our luggage at his house for hours in an unlocked room while we toured the city. Apart from some unfortunately timed indigestion of the part of our host’s cat, it was a lovely stay.

Why did we feel so comfortable entrusting our safety and belongings with this stranger? Simple: his reputation on Airbnb was fantastic.

Reputation and the Sharing Economy

Airbnb is an online peer-to-peer service that allows people to rent out a spare room in their home for money. The company handles the financial side of the equation (for a cut), holding the money in escrow for the duration of the stay. After the transaction is complete, both guest and host rate each other with a numerical score and commentary. These measures – identity verification, financial mediation and review-based reputation – build the trust necessary to engage in financial transactions with strangers on the internet.

In this, Airbnb is far from alone. In addition to now-established companies such as Ebay, services like VRBO, HomeAway, TaskRabbit, RelayRides, Uber, Lyft, Sidecar, Zilok, Boatbound and Feastly now offer to connect you with individuals selling everything from a home-cooked meal to a ride across town. These companies have clearly engendered a departure from business as usual for dozens of industries, spurring much hand-wringing about disruptions in the economy.

The sharing economy is made possible by a new technological and cultural approach to trust, wherein customers rely on crowdsourced, quantitative information about the reputation of a business or person. Yelp, Angie’s List, TripAdvisor and others laid the way for this transformation about a decade ago. But while these reputation systems originally rated only established businesses with proper permits and a serious financial stake, customers in the sharing economy use this reputation score to decide whether to engage in a financial transaction with a stranger. Hundreds or thousands of dollars – and often physical safety – are potentially on the line. There’s also the (less terrifying) risk of a bad time – a ride in a filthy car, a stay at a house with no hot water. How much can we trust these reputation systems, and how do they compare to our traditional means of assessing the risks involved in interacting with strangers?

Kevin’s recent post about risk assessment makes clear that humans usually employ an emotional, heuristic process to judge the risk in a given situation, rather than a fully rational calculation of likelihood of potential damage. Since quantitative reputation systems like Yelp deliver a set of numbers (percent positive, number of reviewers), they are likely processed analytically. This information is ultimately combined with heuristic data (How well do the negative and positive reviewers write? Where is this business?) to create a judgment.

I bet the psychological process behind this judgment is super interesting. Unfortunately, our empirical understanding of what goes into trust is still undeveloped, and this field of research is something of a basket case. Basic categories are still in dispute: is there a difference between “knowledge-based trust” and “identification-based trust?” Are trust and distrust separate elements, or part of a continuum? Trust is a complex and multidisciplinary problem, of the sort that the scientific method struggles to adequately explain.

One area of broad agreement is that interpersonal trust is different from “role-based” trust (also called “rule-based” or “institutional” trust.) The former requires confidence in the intentions of the other party, while the latter requires confidence only in the system of rewards and punishment structuring the interaction. If you know that you can sue for breach of contract, or complain to management, you don’t need to believe in the other person’s goodwill. 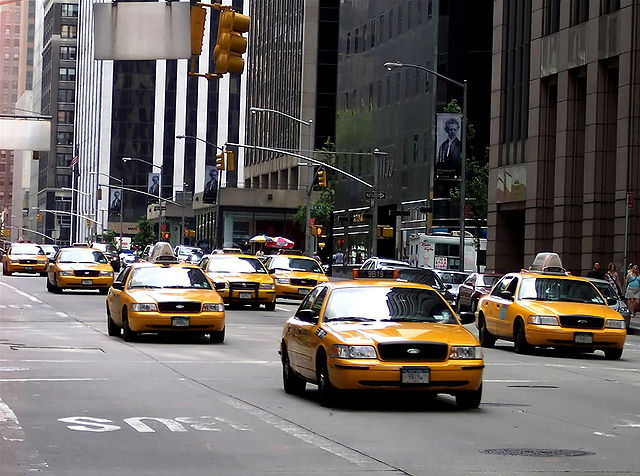 The judgment that you won’t be robbed by a taxi driver or hotel maid is based on trust in Marriott or the NYC Taxi and Limousine Commission to properly vet and punish employees, and in your legal recourse if they fail to do so. Your trust in that taxi driver isn’t based on their personal characteristics; rather, it is a role-based trust. Interpersonal trust, on the other hand, seems to be built on length of relationship, “tribal” affiliations, shared values, reputation, level of control in the interaction, and micro-level judgments of body language, tone, and the like.

A new mode of trust?

For the most part, participants on both sides of the sharing economy trust institutional checks (like holding the payment in escrow and identity verification) to structure the transaction comfortably. After an Airbnb host’s home was robbed in a 2011 incident that became known as #ransackgate, the company expanded their institutional guards to retain its customers. These companies also collect more than enough information to create a solid papertrail for the police, allowing for some trust in legal recourse.

Though they certainly lean towards role-based trust,  the reputation systems of companies in the “sharing economy” blur the lines between the interpersonal and the institutional. After all, while a taxi driver interacts with you in their role, a Lyft driver is just a person who signed up to drive people around, as made clear by Lyft’s slogan, “your friend with a car.” When shopping around for a place to stay on Airbnb, you see smiling pictures and whimsical descriptions of the homes and lifestyles of your hosts, along with reviews from previous guests. These interactions have all the trappings of a regular human-to-human exchange, and the decision to stay with and entrust a particular host doesn’t feel the same as a decision to stay at a certain hotel.

So if there is an interpersonal component to the trust you place in an Airbnb host, where does that come from? Certainly, quite a bit of it comes through similar channels as the trust we place in people we meet IRL. Looking through somebody’s photos and self-description is not that different from shaking hands and talking for three minutes; you might have to focus more on grammar and less on body language, but the same mental heuristics are likely at work.

No room for body language

However, ratings and reputations system adds a whole new dimension to the assessment: you have a numerical measure of the other person’s quality and trustworthiness right in front of you, at least as it relates to the services on offer. You can see how many people have rated them, what the average score was, and the reasons for negative and positive reviews. This quantitative information might be processed in a more analytical way than the usual heuristic approach to human interaction.

The future of reputation

Our emotional heuristics for assessing other people have taken millions of years to evolve, and seem to work pretty well despite the misleading effect of psychological biases. Quantitative, crowd-sourced reputation information, however, is new on the scene. Is it possible that rational assessment of people based on online reputation will prove a more accurate form of risk assessment than gut feeling? What’s more informative, body language or 50 positive reviews?

Unfortunately, if we want an empirical answer to that question, we will have to wait a couple decades at least. These online reputation systems are relatively new, and though they have already attracted some research interest, it is far from conclusive. The field of trust research has not yet agreed on what they mean by “trust,” much less how to quantify the factors that lead to more accurate trust judgments. There’s very little chance that scientific research will catch up to the swift rise of quantitative, crowd-sourced online reputations.

Yet, as online reputation systems pervade more and more corners of our culture, and take on less commercial and formal subjects, the question becomes more pressing. It’s been almost a decade since Yelp allowed for a crowd-sourced reputation of your local cornerstore. Companies of the “sharing economy” have now formalized informal transactions, largely through these reputation systems. Newer apps like Lulu are starting to translate social and romantic reputations into a crowd-sourced, numerical score. It is not hard to envision a future in which each person has a set of online reputation numbers that follows them everywhere. How will we process this information, and what will it mean for our commercial and personal interactions?

These reputation standings will likely serve mostly to supplement gut feeling, rather than replace it. As we conduct more and more high-stakes interactions electronically, this quantitative guidance might help us avoid disastrous mistakes. While it is uncomfortable to imagine the (further) quantification of commercial and social interactions, in a big data world, it doesn’t make sense to rely on your gut alone.