Movies like Don Jon highlight societal concerns about pornography‘s effects on sexual norms. The media consistently covers stories about pornography addiction, although the guidelines on mental illness, the Diagnostic and Statistic Manual of Mental Disorders specifically excludes a definition or diagnostic critera for sexual or pornography addiction, due to the lack of peer-reviewed evidence for them to fall under the classic definition of addiction: “continued repetition of a behavior… despite adverse consequences”.  However, some worry that viewing pornography leads to brutish sexual behaviors and violence against women.

The current debate raises interesting questions: Is there a scientifically supported relationship between pornography and these behaviors, or is a private, benign behavior being stigmatized by people based on anecdotal evidence and  ‘moral’ concerns?  And more controversially, are there benefits to watching pornography that are masked by how it is depicted in the media? 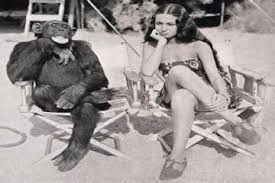 In another study, investigators provided behavioral management therapy for people who self-reported that pornography use caused difficulty in their “general life functioning”. Following behavioral modification therapy (ACT) treatment, pornography viewing dropped on average 83% (from 1 hour to about 12 minutes per day). The authors commented that pornography can be a compulsion for some individuals, although it should not be stigmatized, and should only be treated if the individual feels that it is interfering with their quality of life.

Are there benefits to pornography usage?

So… what does this mean?

Despite substantial media coverage, we know pitifully little about how watching pornography actually affects human behavior. Watching pornography is associated with risky sexual behaviors, but there is no evidence that pornography causes risky sexual behavior; people who engage in these types of behaviors may just be more likely to watch pornography. Some people compulsively watch pornography. However, it is unclear how many people do so or how detrimental such behavior can be to the individual or to society. Pornography does frequently portray aggressive behaviors towards women, but whether this actually increases the risk of sexual assaults is unknown. Since the availability of pornography is inversely related to sexual assaults nationwide, it would be helpful to characterize this relationship on a local scale to tease apart what is actually occurring.

There is no known causal relationship between viewing pornography and negative sexual behaviors. To me though, pornography is a reflection of American cultural stereotypes and biases. Women are often treated in degrading and unreal ways in pornography, but the way men and women act in pornography mimics our societal stereotypes: Men as dumb, hyper-aggressive galoots and women as beautiful, docile, willing objects of desire. Recognizing these stereotypes and counteracting them is an important job for everyone, including parents, educators, and the media.