The question of what’s for dinner is not as simple as it used to be.

We are told to avoid sugars, gluten, and saturated fats, and to increase our intake of resveratrol, vitamin D, and Omega-3 fatty acids. We’re sold the Atkins diet, the Paleo diet, the Mediterranean diet, Jenny Craig, DASH, Weight Watchers, and on and on. There are so many programs for what to eat that U.S News and World Report ranks them. Some fad diets are clearly just get-thin-quick programs for dieters, without concern for health (like the celery diet), while others are get-rich-quick schemes for the snake-oil salesmen who peddle them. But many claim to be complete, healthy programs for eating, with the science to back them up. How many scientific studies exist to validate or disprove these claims, and how much confidence can we have in their results?

While there is a body of literature about the health effects of eating various foods, many of these studies run up against fundamental limitations of the scientific method. To approach the scientific literature about diet in a mature way, it is important to understand these limitations, and what they means for what can and can’t be said based on the scientific evidence. Here’s the problem: science is a fundamentally reductionist enterprise, while the question of which diet you should choose is inescapably holistic in nature. Because of that, scientific research is focused on making generalizations that hold up across people (it is Nomothetic) while selecting a diet that works for you is an individual, personalized choice (it is Idiographic).

Reductionism – investigating a complex system by identifying the main factors at play – is an incredibly powerful tool for explaining the world around us, and it works beautifully with the Scientific Method. Reductionist, nomothetic research is really good at identifying the most important factors influencing a system – the ones that have large effects on everyone. Stuff like the need for dietary protein, or the health effects of vitamin E or C. This kind of research is all about averages over the population, which makes it useful for making broad guidelines about nutrition for everyone. For decisions about personal diet, though, you need to take these guidelines with a grain of salt (or maybe not), because there are going to be ways that your body deviates from the average.

Not so simple. What about people who are lactose intolerant?

There are many ways to conduct reductionistic research: cohort studies, randomized trials, controlled experiments, cross-sectional studies, and others. These study designs all have their advantages and drawbacks. But what they all have in common is that they seek test the effect of a factor (eg, omega-3 fatty acid intake) on an outcome of interest (eg, triglyceride levels in the blood). This may be expanded to investigate several factors or several outcomes at a time. For example, you could investigate omega-3 fatty acid and saturated fat intake, and their effect on triglyceride levels and blood pressure. But for each factor added one must sample a larger group, leading to a more expensive study and running a higher risk of false positives.

Particularly troublesome are “confounding factors,” which are factors correlated with what you wish to study, that might also effect the outcomes. For example, people who eat well are also more likely to exercise, perhaps because they are generally more health-conscious. This makes it difficult to isolate the effect of eating well from the effect of exercising, or any number of other equally plausible explanations (confounding factors) that may not have even been measured. Fundamentally, all of these studies must reduce the number of factors taken into consideration – scientific study is structurally reductionist in nature.

X and Y are not necessarily associated with each other mechanistically, though you might see them together frequently. To know for sure, we must control for Z.

Scientists do not adhere to this reductionism because they think that diet, health, mental illness, ecosystems, or economies are simple, or can be fully explained by a handful of factors. They do it because it is the only way to feasibly test the relationships of important drivers of these systems. Of course omega-3 fatty acid intake is not the only thing driving triglyceride levels in the blood – exercise, genetics, and other dietary factors likely play a role . But to show with measured, physical evidence that omega-3’s impact triglyceride levels, one must “control” for the other factors that might impact triglyceride levels.

From Factors to People

Sometimes, when a study like this gets out in the wider culture, the take-home that’s presented is that omega-3’s are the primary driver of triglyceride levels for everyone. But the focus on that one factor stems from the way empirical studies have to be organized, not the truth of the situation. It could be that other factors have a larger impact on triglyceride levels, or that omega-3’s have little impact on triglyceride levels for certain people with particular genetic compositions. The same confounding variables that scientists have to eliminate to demonstrate the effects of the omega-3’s are the ones that you should be considering when thinking about for your personal health.

This holds true for other people as well, and for many complex problems other than diet. Our culture is rife with fat-shaming, stigmatization of those with mental illness, poor shaming, and other hostile simplifications of complex issues as they apply to individuals. Overweight people are told that their weight is a result of exercise alone, when other factors play a role. Unfortunately, because of the way reductionist studies work, science often seems to back up simplistic explanations of the complex etiology behind certain health conditions. But that seeming simplicity arises from the way science has to work, not the straightforward origins of mental illness, body type, or poverty. The scientific community needs to be more aware of how reductionistic explanations are received in the culture, and the real damage that can do to people living with these conditions. Simplistic, hateful stigma should not get a passive seal of approval from science, just because of the structure of scientific inquiry.

What This Means for You

Already, we know quite a bit about what constitutes a healthy diet for most people. But because of the way the science is structured, we mostly know about components of diet that have large health effects on most people, and not components with smaller effects, or with different effects on different people. Because of factors like genetics, exercise, or disease, food that is healthy for one person may be very unhealthy for others. We already know of drastic examples of this, such as celiac disease, phenylketonuria, or lactose intolerance, but it is quite likely that there are other undiscovered examples.

The question of a healthy diet is, like other holistic questions about complex systems, particularly difficult to test with science. But that does not mean that it’s impossible; once larger effects are established, individual variation in those effects can be assessed. Now that we know that omega-3 fatty acids have a range of positive effects on most people, we can test whether these effects hold up for everyone, and if not, what drives that difference. Reductionism and Holism are not rival views of the world; rather, they are complementary approaches to figuring things out. Research into personalized diet, like research into personalized medicine, has just begun. 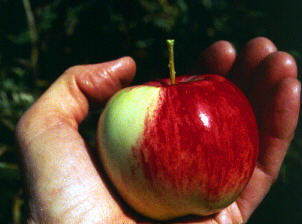 To eat or not to eat?

Whether you should be eating an apple a day is a different question from whether are apples good for people, generally. The proper way to approach these questions is completely different. There are many considerations worth taking into account: what else are you eating? How does your body handle sugar? How much do you exercise? Are you allergic to birch pollen? These questions are holistic – they take into account that your body’s reaction to apples is a whole that stems from the complex interaction of many parts. Your consideration of these factors is an idiographic process, in which you acknowledge that the way your body works deviates from the average, and try to account for those differences.

For questions like diet, where the science is just beginning to get a foothold on actionable knowledge, it’s important to use common sense and take heed of tradition (this is not something I normally say). Integrated diets that have been evolving for thousands of years through trial and error – also known as cuisines – are not going to kill you, but eating only celery might. The unfortunate truth is that, at this point, nobody really knows what’s needed in your healthy diet. The best you can do is follow general guidelines, know thyself, and avoid eating things that make you feel bad.

Duval, Karine, et al. “Physical activity is a confounding factor of the relation between eating frequency and body composition.” The American journal of clinical nutrition 88.5 (2008): 1200-1205. link