There is an inherent conflict between the cutting edge of scientific research and laws made by policy makers. The scientific process demands constant reviewing of evidence, thus appearing to be in a constant state of flux. By contrast, laws take longer to be updated or refuted [due to the natureof the political process], often rendering them incongruent with technological and scientific advances or the current zeitgeist of values.  Leglislators struggle to regulate Facebook, smart phones, and new synthetic chemicals. Laws banning sodomy are still on the books in Texas, Kansas, and Oklahoma, despite a Supreme court decision invalidating their implementation.

When a controversial law or regulation is strongly backed by ideological or monetary interests, opposing sides twist data to suit their own aims (for example: the use of science in the cigarette debates).

Fighting like this, but with more words and less punching. Source: Wikimedia commons

I will illustrate this practice of data manipulation by examining the responses to the Portuguese drug reform. In 2001, Portugal decriminalized the use and possession of all drugs, removing criminal penalties for drug users and allowing people to possess approximately 10 days worth of previously banned substances.

Eight years after the Portuguese reform, Glenn Greenwald published a ‘white paper’ (an authoritative report, rather than peer reviewed scientific publication) through the Cato Institute, a libertarian think tank. Hailing the reform as a “resounding success”, Greenwald claimed:

A year after Greenwald’s paper, Dr. Manuel Pinto Coelho (the chairman of the Association for a Drug Free Portugal) published a white paper refuting the success of the reform. Calling Greenwald’s conclusions an “attractive fallacy”, he retorted:

How did Pinto and Greenwald evaluate the same situation and come to different conclusions? A recent paper by Caitlin Hughes and Alex Stevens noted the following disparities:

Although Pinto was correct about increased lifetime prevalence of drug use, but the increases were very small (+0.5 to 0.9%), and decreases were seen in the group considered most at risk (ages 15-24). Furthermore, both authors focused on lifetime drug use. This measure is considered less reliable than drug use within the last 30 days.

Between in 2005, a new law mandating post mortem toxicological examinations was passed in Portugal. The rise in drug-related deaths was concurrent with implementation of the new mandate. Also, the presence of a drug during an autopsy doesn’t mean that it is the cause of death, so this type of reporting probably inflates that estimate. Pinto’s comment about drug-related homicides was (ironically enough) a fallacy based on a World Drug Report that “speculated that the rise [in homicides] might be related to drug trafficking”.

When comparing Portugal to other European nations, Greenwald’s claim about cannabis was incorrect. Bulgaria, Malta, and other nations have lower cannabis usage. Portugal had high rates of drug-related HIV, drug use, and drug-related deaths prior to and after the reform, so Pinto’s argument about their current prevalence holds little weight.

Hughes and Stevens then examined trends of drug use in Portugal pre and post reform and compared them to Italy and Spain, two countries with similar geography and population level drug use. They found that between 2001 and 2007, Portugal fared slightly better than the Spain and Italy overall. Portugal did show an increase in drug-related mortality compared to Spain and Italy, but this was attributed to the mandated toxicological screening following the reform.

How could this be? Looking deeper, Steven and Hughes found that Pinto and Greenwald didn’t evaluate the same information. There were four publicly available databases in Portugal: Greenwald used one and Pinto used another. How could they have better approached this problem? Either author could have compiled information from all four data sets. Since he published in response, Pinto could have used the same source as Greenwald for consistency.

I’m not saying that either of these approaches would have been foolproof. Greenwald and Pinto could have still looked at different measures of drug use or used different statistical methods. Subjective interpretation is a human reality; data may be static, but it can be manipulated to suit the biases of the analyst.

Both proponents and opponents of drug policy reform have shown a willingness to include or omit data.

The extensive coverage of drug reform in the media, scientific journals, and in policy think tanks has heavily polarized an already controversial topic, helping to keep the issue a political quagmire with massive human and economic costs. The direct cost of the drug enforcement is enormous; the United States has ~25% of the world’s prison population (many of them with drug offenses), and maintains a sprawling prison system which costs about 60 billion dollars a year.

The indirect economic costs associated with the drug war are no less salient; not only is it difficult for ex-convicts to get jobs, but addiction and drug use are stigmatized, leaving people who struggle with addiction less able to seek the help that they need and leading to preventable overdoses. 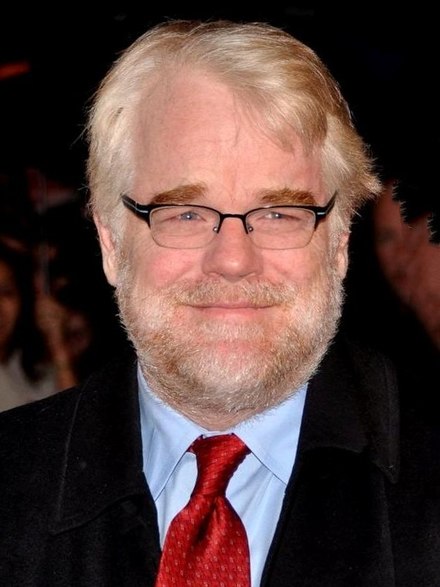 Philip Seymour Hoffman: you will be missed! Source: Wikimedia commons

Portugal was the first country to decriminalize drugs, although others have since followed suit. The data from this social experiment is crucial to re-evaluate whether lawmakers should continue the current drug policies or make a change.

In the years following the Portuguese reform, incomplete data was improperly used to produce faulty conclusions. These conclusions have been trumpeted by the media, causing policy makers to further entrench themselves in their positions. This has contributed to a political shouting match but not led to any real change. Generally, the interpretation of data regarding the Portuguese reform illustrates how the politicization of controversial scientific or public health topics can gum up processes that can lead to reform.

As the body of scientific knowledge grows, it is challenging for the public and policy makers to keep up with the latest discoveries. Instead, they rely on summaries from experts to guide their opinions. As the public and policy makers continue to discover that evidence has often been distorted by experts with differing biases, they may choose to disregard it, concluding that data can be twisted to prove anything, and thus nothing.

Adapted from my post at Mind the Science Gap