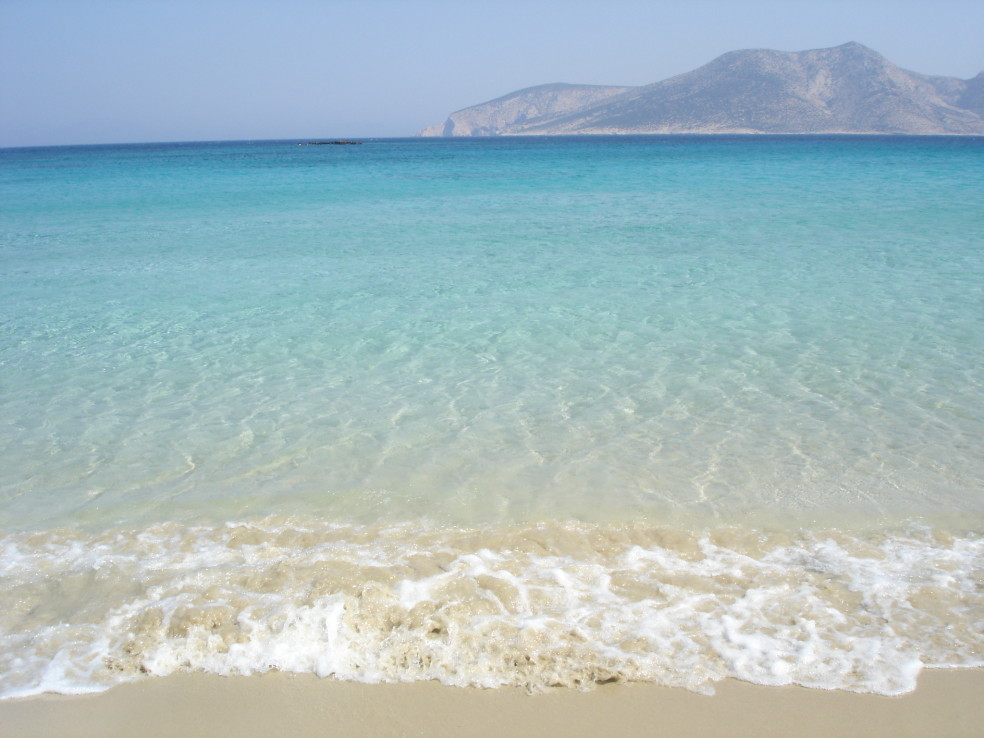 In the depths of this arctic February, I have often found my mind wandering to memories of sun-drenched beaches, colorful umbrellas and the smell of sunscreen.

But while nothing is more mellow than a day at the beach, I always find my relaxation punctuated by at least a moment or two of awestruck, almost existential unease. When looking out over the vast expanse of rolling waves, or passing by a particularly alien bit of life washed up on shore, I can’t help but feel a little unsettled by just how deep and foreign the ocean really is. Fantastical worlds lie just under the surface, out of reach. What is going on in there?

Of course, the ocean is not a complete mystery. Centuries of dedicated scientific inquiry have yielded boatloads (sorry) of information about the flora and fauna of the ocean. Just as on land, biologists have used a variety of tools to chip away at a wall of questions about the ecology, life cycles, distribution and evolution of the menagerie of life in the ocean. That toolset has improved dramatically in the last few decades, allowing us to ask and answer questions that would have been completely intractable before.

Satellite tracking or tagging is a technology in which small devices loaded with sensors and a satellite transmitter are attached to animals, allowing scientists to remotely follow their movements around the globe. Though this technology has been used to great effect in terrestrial as well as marine environments for more than two decades, a particular triumph has been the insights it has delivered about the personal lives of large animals (megafauna) of the oceans. Much of the resulting information is helpfully compiled at the “Tagging of Pelagic Predators” (TOPP) database.

Sharks, whales, seals, manatees and turtles seem so familiar, yet they are still quite poorly understood. They break the surface here and there for a short while and then slip back under the waves just as mysteriously, leaving us wondering where they were going and what business they have there. Are the Great White Sharks seen off the coast of Cape Cod the same individuals seen around Florida? Where do hammerhead sharks go when they’re not cruising around reefs? Why are whale shark feeding congregations 70% male – where are the females? These animals are some of the most majestic and awe-inspiring in the world, and we have no idea what they’re doing most of the time. Now, thanks to satellite tracking, that is beginning to change. 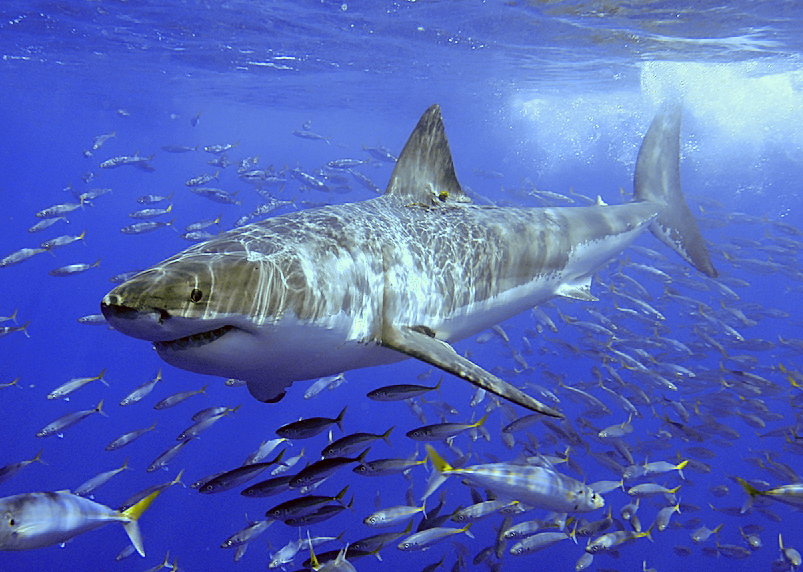 Whale shark feeding congregations are largely male because females are likely at nurseries  around underwater mountains (seamounts) off in the open ocean, where there are fewer predators. Swordfish cruise around the open ocean at up to 34 km/day, flitting from seamounts to underwater canyons to feed. Great White Sharks also travel huge distances – the individuals seen on Cape Cod are in fact the same as those seen in Florida – and take long, meandering courses, suggesting that they forage along the way.

Scalloped hammerhead sharks, on the other hand, migrate in astonishingly straight lines, straight to magnetic anomalies around seamounts. This observation, made in an early tagging study in 1993, inspired a series of follow-up questions, leading to a flurry of research.

Biologists hypothesized that these sharks navigate using the magnetic signatures of the earth, a mechanism called “geomagnetic topotaxis,” and also the (as-yet unproven) hypothesis that the hammerhead’s unusual head shape could increase its magnetic precision in the same way that our two eyes give us stereoscopic vision. This led to work investigating the magnetic senses of sharks, opening the possibility of technological applications like using electromagnets as shark repellants.

The discovery of hammerhead migration paths also has conservation implications. Conservation biologists noticed that Scalloped Hammerhead shark migrations take these endangered sharks out of marine reserves, and suggested redrawing the borders of protected areas. Great Hammerhead sharks similarly migrate out to particular points in the middle of the ocean, outside of their previously-known range, and into international waters where the protections on hunting them can’t be enforced.

Satellite tracking studies shine a light on previously unknowable aspects of some of the most impressive animals on Earth. We’re slowly building an idea of where and why they congregate, and how they navigate the ocean. As knowledge is uncovered, new questions arise; what kind of sensory systems allow to hammerheads to sense magnetic fields? What kind of social life do whale sharks lead? As with all science, we build new tools and use them to answer old questions, and in the process stumble upon the unexpected, leading to new questions in an endless, iterative process. Inevitably, in exploring the shrouded corners of the world, we discover the depths of our own ignorance.

O’Connell, Craig P., Eric M. Stroud, and Pingguo He. “The emerging field of electrosensory and semiochemical shark repellents: mechanisms of detection, overview of past studies, and future directions.” Ocean and Coastal Management (2012). DOI